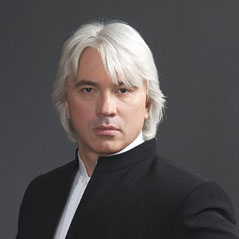 This article appeared originally in Time Out Singapore on 10 Oct 2007
http://www.timeoutsingapore.com/music/feature/sweet-and-low

Dmitri Hvorostovsky isn’t a name that exactly rolls off the tongue, yet it’s one well-known to opera fans the world over. The silver-haired Siberian baritone beat Welshman Bryn Terfel – himself now a cult favourite – and won the BBC Cardiff Singer of the World competition in 1989. But there’s more than meets the eye to this operatic superstar, as we found out.

You’ve been called a hunk in opera, or a bari-hunk. How comfortable are you with that description? I don’t know how these titles are working out in Singapore, but this sort of promotion is very Americanised. I’m enthusiastic about anything that can be helpful to attract audiences to the wonderful world of opera, so I’m fine if they call me a tiger, a hunk, or the latest Russian red-hot express, whatever. Nowadays I’ve been working out like crazy – lately, I’ve also have been jogging on the day before performances. It helps me feel better and more human after being jet-lagged.

Has anyone ever approached you to do a film?
I’ve done a movie called Don Giovanni Unmasked, where I take on two roles – Giovanni and Leporello. Filmmakers have been offering me title roles. I’ve been too selective, but it’s one of the projects I would do if I could find the courage and the time. The biggest problem is that I have to free up a huge chunk of time from my routine and schedule – even a short movie takes months to shoot, so it’s a bit difficult. The latest script I’ve been given is extremely dramatic, but it has nothing to do with me singing on screen at all. It’s purely, purely action.

If you were a woman, which operatic roles would you be interested in playing?
[Thinks a while] The role of Medea! [Laughs] I was just remembering the greatest, [Maria] Callas. There are certain roles that I would aim for in my career, such as Medea or Norma, or Leonora in La Forza del Destino, but that story’s such a mess!

Do you listen to pop music?
I’m a perfectionist and seek the same perfection in other genres,so it’s difficult to please me. Lately, I’ve been struck by the talent of George Michael. He’s an extremely good and brave performer and loves to challenge himself, especially in live concerts. He just toured Europe and sang in Russia, as well, which I unfortunately didn’t go to. I’ve got plenty of his records.

Tell us more about your ventures into popular music.
Between 14 and 16, I played in a rock band, and it was my first exposure to being famous. I was so well-known around school, where I got a chance to perform on stage. It was a great opportunity for me, really fantastic. Lately, my career’s been turning into a mixture of classical, pop and opera. Three years ago, I sung a concert of war songs in Red Square [in Moscow, with an orchestra and choir], which was a lot more classical. Since then, I’ve sung in various styles in outdoor spaces such as Cincinnati, in front of crowds of thousands.

Aside from music, do you have any other interests?
I do like classic art – the work of Francisco Goya, for instance – as well as the Italian masters. I am very curious about the modern style of movies, like everybody else. But my hobby is still music and just listening and studying new roles probably takes all the time that I have. Music is my ultimate love.