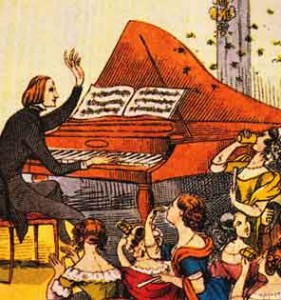 The annual piano festival comes to our shores again from 29 Jun to 1 July.

What do you do when you get a technical sorceress of a pianist who made her solo debut at 6? Why, get her play the one of the most demanding recitals the Piano Festival has witnessed in recent years, of course. The Ukrainian pianist, whose tickets reportedly sold out the quickest in the festival, made her Singapore debut with a Russian/Liszt program followed by 6 encores that had the crowd gasping for more.

Pianistically, Lisitsa revealed all her cards with the opening work, Scriabin’s second piano sonata. Clad in a mauve dress, she displayed a huge tone, with ferocious octaves in either hand in the toccata-like second movement, creating swathes of sound with reflected pearls in the right hand, inhabiting the febrile sound-world of Scriabin. This was in contrast to her lovely, relaxed phrasing in the lyrical sections. Here was a musician who clearly valued emotion over precision.

Her Rachmaninoff, too, was explosive, with growling lower notes and aggression in the Preludes – an emotionally heated Op. 23 No.5, full, rich chords in the Op. 32 No.10 (B-minor) and an almost-vehement G-sharp minor prelude ( Op.32 No.12), played presto, that fired away on all cylinders.

Perhaps the highlight of the evening was Balakirev’s notoriously difficult “oriental fantasy” Islamey. At this point seams began to show – not in her technique, but more in the way in which Lisitsa attacked the piece. Taken at a precipitous tempo, It was as if her fingers were on auto-pilot mode, often with less thought than I would have appreciated given to phrasing and emphasizing more on the virtuosity. Although it was exciting, buckets of wrong notes were filled in the process – a few more than I would have been comfortable with.

Her Liszt, too, was a mixed lot. The solo version of the Totentanz opened the second half after copious retuning by the technician, who had his job cut out for him after Lisitsa’s keyboard onslaught. He could have saved himself the trouble. Surmounting the awesome technical demands of the work, Lisitsa again reduced Steinway grand to matchsticks. Again, virtuosity and very fast (and loud) playing were the order of the day and subtlety had to take second place. There were colours galore, but often tempered by murky pedalling that could not keep up with her franticly flying fingers.

The Spinning Chorus from The Flying Dutchman and the Polonaise (usually heard in its orchestral form) from Eugene Onegin were given a similarly muscular treatment, with much panache and swagger of the two original works heard.

Then followed another helter-skelter of notes in the final work of the program, the Reminiscences de Don Juan – a twenty-minute long (fifteen minutes in her hands) feat of stamina and technique which Lisitsa pulled off effectively, though admittedly some characterization was given up in favour of playing all the notes. Starting with the Commendatore’s music, she was scintillating in the subsequent La ci da rem la mano variations. Not for her the elegance of Jorge Bolet, instead a suffocatingly impulsive technique was apparent.

It’s hard to argue with such virtuosity, yet as with many pianists whose fingers were made for playing the piano, Lisitsa seems to have allowed them to get ahead of themselves. It’s a trap that even the greatest pianists have fallen into, to their own peril. Listening to the encores, where she didn’t have quite as many notes to play and was able to concentrate on the music and the difference was immediate – a finely-played Liszt-Schubert Ständchen (which Katsaris had just played two nights before) that came through well despite the tuning, which was in shambles by then, a thumping La Campanella which approached self-combustion, two Chopin waltzes (with a “Minute” waltz played only slightly beyond a minute, the “Heroic” Polonaise, with an unbelievably fast middle section and Schumann’s Träumerei were Lisitsa’s very generous offerings for the appreciative audience – and showed how effective and communicative she really could be. Her rendition of the final piece – tender but not cloying, was an effective foil to the audience’s heightened emotions from the concert, and the piano festival in general – enough dreams, perhaps, to last till next year