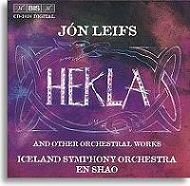 This disc is a powerful and absolutely facinating journey into the soundscape of Jón Leifs. Although I don’t quite agree with the sleeve notes’ first statement that this album is an “ideal introduction” to the composer, everything else about it – the music, the music-making, the sound, the quality of the notes themselves – is splendid in the best of BIS traditions.

The “idealness” that the illuminating and concise notes, written by rni Heimir Inglfsson, refers to is the fact that here we are presented with works spanning Jn Leifs’ entire compositional life, from the early music from Galdra-Loftr, which the composer began writing in 1915, to the 1961 Elegy.

The album begins with two of Jón Leifs’ most popular works, the Iceland Overture and the little Requiem. Composed in 1926, the Iceland Overture (or “Minni slands” in Icelandic) was inspired by the Icelandic landscape and is also meant to show “the fundamental features of Icelandic folk music” using eight folk-like themes. The composer suggested that one could hear the stalwart spirit of the Vikings, followed by the darkness of conquered Iceland during the Middle Ages, concluding with the triumph of national rebirth and celebration.

In addition, the score calls for mixed and children’s choruses at the end, singing the Romantic verse Rs , unga slands merki (“Raise aloft young Iceland’s banner”) in a blaze of heroism – a kind of Icelandic Finlandia. This is followed by the traditional tvsngur slands, farslda frn, in militaristic war march fashion, choir chanting, drums thumping, cymbals crashing. Conductor En Shao’s good sense of timing and crackling pace creates a more dramatically nuanced, more satisfying interpretation than Petri Sakari’s reading on Chandos (CHAN 9433) – both with the Iceland SO. Chandos’ sound is brighter and more articulate, but I prefer BIS’s natural sound. Indeed, Sakari’s more choppy rendition is emphasised by Chandos’ clarity, while BIS naturally fuses the orchestral-choral colours for En Shao’s more fluid vision. But, if you want to hear the Icelandic words clearly, go for the Chandos version, where the Icelandic Opera Chorus ably display their dramatic training. Otherwise, I find the BIS performance more satisfying. 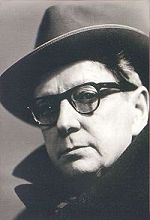 Another early work on this album is the Loftr-Suite based on the incidental music to Jhann Sigurjnsson’s (1880-1919) play Galdra-Loftr, a rather Faustian (pre-Goethe) drama apparently with historical references to the 18th century. The play depicts Loftur’s fascination with magic, his sordid and unfortunate love affairs, pact with the devil and of course, his doom.

The Suite of five movements lasts less than 13 minutes – the first three movements don’t even reach two minutes. It begins with a dark “Praeludium” which preceeded Act II of the play, followed by a forlorn and sad “Mimodrama” depicting the sorrow of Steinunn, a chambermaid whom Loftr has impregnated, but to whom he has no further intentions. An Icelandic funeral chorale Allt eins og blmsti eina is quoted here, and repeated again in the fourth movement, a funeral march for Steinunn, magically induced to drown by Loftur. The music is alternatively quiet and foreboding, then violent and energetic – relentlessly dark and highly atmospheric, with much recurring material. The Finale, “Allegro furioso ma energico”, begins with thundersheets and violent orchestral cries, alternating with quiet sections where Loftur recites his magic. Things escalate in increasing madness before he falls dead, and the play ends.

On 12th July 1947, Jón Leifs’ 18-year-old daughter Lf drowned while swimming off the Swedish coast. Grief-stricken, the composer wrote four works dedicated to her memory, among them the Requiem.

Although this album takes its name after the tone poem(?) of Iceland’s greatest volcano, Hekla, its most beautiful work is undeniably the Requiem. It was ompleted on 31st July, 1947 while the family was bringing back returning with Lf’s body to Iceland. I urge samplers of this disc (and those who think Jón Leifs isn’t capable of any peaceful music) to listen to this – and try not to be moved.

Although the name refers to the traditional Latin Mass for the Dead, the vocal text used is a collage of Icelandic folk and contemporary poetry. In its brief 5-minute life, this choral lullaby emanates immense tranquility and beautiful sorrow. An open fifth between A and E dominates the music, giving it a serene halo mixing a sense of mystery, sadness and utter serenity. The Motet Choir of the Hallgrim’s Church under the direction of its founder Hrur skelsson perform with sacred concentration, creating what seems like an aurora cast in sound.

Now sleeps the dandelion
In the field,
The mouse in its mossy bed,
The mew on the billow,
The leaf on the twig,
The light in the sky,
The heart on the hearth,
The herring in the deep.The seal on the skerry,
The swan on the moat,
The newt in the pond,
With no one to lull them.
The babies sleep
In their beds of down,
And Daddy sings them
Softly to sleep.
Sleep, my love, in the Lord’s keeping.
Sleep, my daughter dear.

Now sleeps the dandelion
In the field,
The mouse in its mossy bed,
The mew on the billow.

– Excerpt from the text of the Requiem.

Similar in spirit is the Elegy, op.53, for string orchestra, which Jón Leifs wrote in memory of his mother, who died in 1961 (Leifs himself passed away only seven years later). Like Sibelius, Jón Leifs uses only a short motif, passed from instrument to instrument, which develops by way of organic shifts in the chordal spaces. The Icelandic SO give a tender and serene reading, but also concentrated and yearning. The work is lightly filled with a sense of ethereal wandering and wisps of memory, fading quietly away – all which the orchestra satisfyingly delivers. They also do a great job on the Chandos disc under Sakari. The latter takes it much slower (9’05” compared to about 7′ for En Shao) and I might say the Chandos version is slightly better for the more articulate string textures – but honestly both are very fine performances.

Also highly similar is the 15-minute Rminiscence du Nord of 1952, also for string orchestra. Like the Elegy, it seems to be music swimming in memories, as the title suggests. Perhaps it is about one Northman’s mythic recollection of his Nordic ancestors, exploring the memories embedded in the land around him. After the elegiac opening, there are some concerto-for-string-orchestra-like passages, which seem to dance. As the notes indicate, Jón Leifs alternates the music between the styles of the tvsngur and the rmur. Altogther a fascinating work, which perhaps the composer wrote as a kind of afterthought – that’s the feeling I get – it is admirably delivered by the performers here. Listen for the rising surge of strings before the abrupt end.

Wagner would probably have raised his eyebrows if he ever heard Jón Leifs’ Hekla. The composer of The Ring might have wondered if he should borrow some lessons (and instruments) from the Icelander, and maybe even rewrite the operatic cycle with his help – after all, the Edda is Icelandic literature! 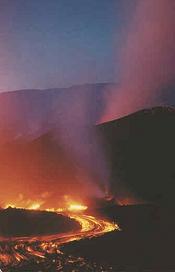 Hekla is the “queen of Iceland’s volcanos”, and the name of one of four monumental musical tributes to natural phenomena Leifs wrote (the siblings are Geysir, op.51, Detifoss, op.57 and Hafs, op.63 – let your imaginations run wild…). The thoroughly fantastic Hekla is an enormous, earth-tearing work, its orchestra armed to the teeth with an army of 19 percussionists, organ and choir.

Left: The volcano Hekla.
Pictures from The Cheyne Link.

Jón Leifs’ unique musical language is geared to depict his land and subjects. In an amusing essay on the use of percussion in the music, principal timpanist of the Iceland Symphony Orchestra Eggert Plsson describes how the orchestra had to “forage around” the docks, countryside and metalworks to procure large pieces of metal tubing, stones, plate bells and large ship chains, among other Leifsian instruments. One “instrument” required by the composer were the “tiro grande e piccolo”, which Leifs described as “shotguns and cannons” – which can “play” fast! As with some other “instruments” such as a siren of four octaves(!), the solution was to be found in electronic sampling and synthesis. All this may sound weird, impossible and downright outrageous, but if you have musical tastes like me, the results are wonderful!

Leifs’ inspiration for Hekla was the sight of the volcano’s 1947 eruption (she erupted again in 1991). It also inspired the vulcanic finale of his ‘choreographic drama’ – an “opera without words” – Baldr which will be performed for the first time according to the composer’s full instructions in August 2000.

Hekla begins quietly, mysteriously, and quickly builds up tension, gathering momentum and instrumental range and variety. The brass whoop elephantine greetings to each other as the percussion section produce some truly remarkable timbres – clashing, crashing hammer blows, distant sounds of strange thunder and rolling booms seem to depict the volcano rumbling, spitting out lava bombs and fireballs. The very earth seems to trash in tortured ecstasy as Hekla spews out its pent-up energy. At the height of the eruption, the orchestra stomps its way through the mesh of percussion, before bellowing a glorious spew of siren-song, topped by layer after triumphant layer of percussive and wind tutti. Suddenly, choir and organ join the fray, singing of Hekla’s dark depths and red flames, “steaming lava across the land”.

One is tempted to think of the volcano as a forbidding, destructive force, but the musical vision of Jón Leifs, despite all its preceeding violence, seems otherwise; the combined volcanic chords of Hekla steer ingeniusly towards giant harmonies of jubilation – it is this concluding drama of vulcanic celebration that the composer so brilliantly pulls off which convinces me of his wondrous musical genius – Iceland be proud!

[See below for more Leifs reviews]