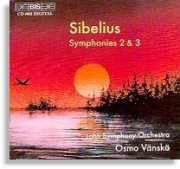 Let’s get to it. This is not the best Symphony No.2 (1901-2) I’ve heard at all. If Sibelius (below right, in 1900) can be called Romantic, the strongest traces are probably found in the first two symphonies and much of the Violin Concerto. In his recording of the First Symphony, Vänskä produced one of the most magnificent performances I’ve ever heard on record. It is thus somewhat disappointing for me that the energy of that performance is mostly missing from this Second. 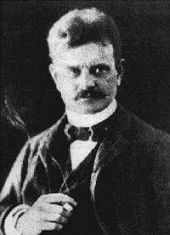 Vänskä chooses a relatively reticent mode, playing down the gargantuan Romanticism that the Second is capable of. Perhaps what he is doing is emphasizing the structural unity instead, which he succeeds in the nicely held-together first movement, the Allegretto.

Not that the Romanticism is missing – it is there, but the expression of contrast is somehow unsuccessful. There is a one-dimensionality to this performance despite the – as usual – vivid orchestral detail. For example, the Andante slow movement is somewhat un-dark. It lacks that sense of impending doom, the sensation of dark clouds gathering. At worst, the players sound… bored? (Have they played this popular work too often?)

Even the Vivacissimo, with its opening rushes of strings, begins as a mere trickle, warming up only around the second trio into the Finale. The majestic Finale is performed impressively – all the pacing and handling of the opening lines are well done. The tempo is well chosen and the moulding of the music refined and attentive. Maybe too attentive – I feel as if Vänskä is paying too much deliberate attention this time. Personally, I would rather the performers all let go and play their heart out in this unashamedly Romantic/emotional/patriotic finale. The second half of the finale, after the recap of the opening theme, is the most moving. Churning impressively into the Finale’s final (and potentially embarassing) trumpet chorale – I suddenly realized Vänskä’s treatment might work here… and yes, like the sun shining through the clouds, the triumphant hymn is gathered without overindulgence, but with glorious nobility.

Sibelius’ Second Symphony is quite a tough nut to crack (oops – all seven are). I remember a time when a group of friends and I went around searching for the “perfect Second”, our attention largely centred on the finale. Opinions differed of course, though we were most impressed with Mariss Jansons’ on EMI (to my utter disbelief and disappointment, he no longer seems to intend to finish that cycle, having also recorded the First – reviewed here – the Third and Fifth). If you want a version with gleaming contrast and enormous power, try Segerstam’s on Chandos. Budget: Ormandy on Sony Essential Classics.

The Third Symphony (1904-7) is apparently still Sibelius’ least popular, something which I don’t understand because I feel it possesses one of his most beautiful symphonic slow movements.

The clarity of its classically inspired architecture is of course much opportunity for Vänskä’s superb orchestra. Their performance of the opening Allegro moderato is very fine indeed – listen for the interplay of woodwind and strings. 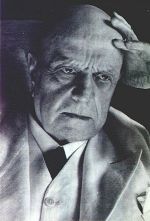 This performance of the Third is one of a very rare breed where the Andantino con moto is longer than the Allegro moderato (11’12” and 10’15” respectively). No matter, for Vänskä’s performance is very beautiful, played with feeling. Listening to the wistful woodwind thirds, passing their melancholia to the strings, there is a feeling of slowly moving energy, sometimes flowing, sometimes draining. It is like the waters of a lake gently lapping on a quiet shore. The winds sigh, the grasses sway, all adding to the sense of beautifully melting sorrow.

The strangely, softly booming bass lines and timpani add to the star-lit darkness of the work. Listen to the quiet tolling effect of the timpani at the beginning as well – magical. As the movement draws towards its end, the tone and music broadens, becoming more and more beautiful. The orchestral detail breathtakingly depicts the dusky landscape. And then everything ends, quite suddenly, with just the slightest hint of tragedy.

The last movement of the Third is a scherzo and finale fused together. Vänskä’s handling of the transition from the “scherzo” part into the “finale” is seamless and convincing. The movement as a whole is very well done, very impressively unified, with many fine contributions from the winds. The Third is said to end abruptly, as if there was meant to be more – but in fact everything necessary has been done. Vänskä, to my ears, actually manages to make the work sound “finished”.

If you like the Third played with great excitement, I highly recommend Lorin Maazel’s very immediate account on Sony (SK61963). For a classic performance of the beautiful slow movement, go for Rattle’s mid-priced disc on EMI (CDM7 64120-2), also coupled with the Second (not good though).