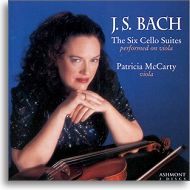 It is quite remarkable, even unbelievable, when one considers that the Bach cello suites were once considered by no less august a personage as Robert Schumann as “incomplete”. Schumann even went so far as to provide piano accompaniments for these pieces, a far cry from today’s high esteem in which the suites in their unembellished form have become mainstays of every cellist’s repertoire.

Together with their siblings, the violin partitas and sonatas, the cello suites are musical oeuvres of string-playing suitable for instruction, as well as in their own right performance-worthy pieces. In Philip Spitta’s biography of Bach, he writes of the relation between the two instruments that

…the passionate and penetrating energy (of the violin), the inner fire and warmth which often grew to be painful in its intensity, is here softened down (in the cello) to a quieter beauty and a generally serene grandeur, as was to be expected from the deeper pitch and the fuller tone of the instrument.

When it came to recycling melodies, Bach was never one to shy away from reusing good material. Excluding transcriptions for instruments or personal use (such as the Anna Magdalena and Wilhelm Friedmann Notebüchlein), Bach was also known to use material from his contemporaries both as a means of presenting works by other composers to a larger audience as well as a means of personal study on evolving styles.

The opening chorus of the Christmas Oratorio BWV 248, Jauchzet ! Frohlocket !, for example, was used in the opening of the celebratory cantata Tönet, ih Pauken ! BWV 214. A more prominent example of Bach’s musical recycling can be found in the famous Praeludium from the Violin Partita in E: this piece has been used, with organ and orchestra, as the Sinfonia from the church service commemorating the town council inauguration Wir danken dir, Gott BWV 29, and also in the wedding cantata Herr Gott, Beherrscher aller Dinge BWV 120a.

For Wir danken dir, Gott, Bach extensively reworked the entire violin part into the organ, and then composed the orchestral accompaniment as a musical annex. (This explains why the baroque ritornello style – the alternation of musical spotlight between tutti and soloist – is less than prominent in this work.) Not just content with that, Bach went on to reuse the opening chorus of this cantata in his B minor Mass, not once but twice: above the text “Gratias agimus tibi” in the Gloria and in the “Dona nobis pacem” at the conclusion of the work.

Given the extraordinary musical qualities of the cello suites, it should come as no big revelation that this music exists in various transcriptions and arrangements for lute (BWV 995, from Cello Suite No.5), violin, piano, bassoon and trombone – although not all of these by Bach, of course.

In these inspired performances, violist Patricia McCarty has transcribed the cello suites for performance on the viola, suggesting that “(if) J.S. Bach also enjoyed playing the viola (it) makes one wonder if he might have played them on viola as well.” It is hardly surprising that much of the nuances and philological qualities of the cello translate rather readily to its higher-pitched sibling, and McCarty is more than a worthy advocate.

The first suite is commonly regarded as the most accessible for both player as well as listener: the familiar key of G, the linear progressive semiquaver motion upwards, the relative simplicity of Bach’s polyphony. Right from the Prélude, the music is given a completely new dimension with the shading of the viola’s higher timbre giving more illumination than the usual rotund cello. McCarty plays with a richness of intonation as sweet as honey. She does get too self-conscious in the Allemande and Sarabande, but the other faster dance movements are taken with a lot of brio and McCarty’s phrasing is spot-on.

The second suite has an introspective feel which extends even to the faster dance movemeents. McCarty plays throughout with a deliberately hesitant manner, with her dusky viola timbre again proving to be not an inappropriate channel for the soul of this music. The Courante is spiky but loses none of the brooding undercurrent; the Sarabande, on the other hand, delves deeply into melancholia.

McCarty’s opening sweep of third suite in the Prélude, with skilful invocation of pedal notes and natural phrasing to create musical tension, finds great pathos in the climatic four-part chords accompanied with a display of skilful bow and string-crossing technique. The dance movements – Allemande, Courante, Gigue – are sheer delight that brings joy to one’s heart, and even the famous Bourrée is done ample justice.

The second half of the suites presents rather more problems for the player. Beginning with the fourth suite in the “unnatural” key of E flat (“unnatural” for strings, that is), McCarty delivers a fine Prélude with its broken chord figure of varying harmonic strands, and again, her phrasing is immaculate, as it also is in the Courante. The running figures of the Bourreé are played elegantly – and so is the Gigue, with tempi just short of sounding too rushed.

For the fifth suite, McCarty opts to retain the tuning instead of the scordatura where Bach requires the player to re-tune the top string on the cello. She delves into the pensive tone-world of D minor with a brooding Prélude, culminating with the one-part fugue in which she assumes the part of an actor who plays the role of an entire cast. There is a bit more litheness than expected, perhaps, from the Courante (with its sombre 3/2 metre), but the heart of this music – the Sarabande – is again deeply contemplative. There is, indeed, no respite from her dark empathy even in the Gavottes and Gigues.

As if to make up for the heavy pathos from the previous movement, McCarty approaches the sixth suite with somewhat more exuberance. She exhibits smart bariolage technique, sharp dynamic contrasts and triple-stopping chords in the Prélude, although these only appear just slightly past the midpoint – coming as it does halfway, it does make the opening of the Prélude sound underplayed. But there is no denying the splendid filigree of the Allemande, the wistful Sarabande (with its sighing parallel sixths), and McCarty’s sparkling virtuosity in the Gigue.

The Troy Savings Bank Music Hall in New York, where this recording was made, is made to sound rather reverberant in depth, yet there is no loss of definition or resolution because of the viola’s proximity to the front. This music was recorded in separate sessions over a period between September 1998 and January 2000.

I have to confess, while listening to this recording and being quite deeply impressed by McCarty’s playing, that I found the musical transformation fluently appealing, presented boldly and daringly as a viola piece in its own right, without losing the strengths it originally had as a cello work. As a violist and an admirer of the cello suites, this is indeed something to warm the heart.

It is not often that a disc can be highly recommended across a wide pedagogical audience, but this one can: fans of the Suites, excepting the most hardcore purists, will find this an illuminating reading, while newcomers who find the cello too darkly brooding may be able to relate much better to this rendition.

Ashmont CDs are distributed by Valley Media and are available at major Internet retailers, Harold Moores Records in London and at www.ashmontmusic.com. This disc is also available from Amazon.com.

If you buy him lunch, Benjamin Chee will be happy to discuss with you about the dialectical analysis of cultural change in the progressive juxtaposition of capitalist systems and their symptomatic pedagogy in Japanese animé cartoons.