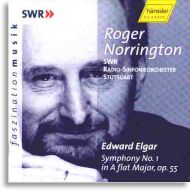 In partnership with Hänssler Classic, the SWR (Südwestrundfunk) (Southwest German Broadcasting Company) launches its new “Faszination Musik” label with this disc. With no less than five major ensembles under its wing – the three SWR Sinfonieorchesters at Stuttgart, Kaiserslautern and Baden-Baden & Freiburg, a Volkalensemble and a jazz-oriented Big Band – this partnership promises not only to make available to the public the great wealth of radio performances by these groups, but at the same time reinforces the significance and contribution of public broadcasting in today’s cyberiad society.

“This is the overture,” she said. “It’s kind of a free sample of what’s going to happen. ‘S got a summary of the story, too.”
– Maskerade, Terry Pratchett

To most casual listeners, an overture in name is all but identical to a prelude. On the face of it, they both serve the same purpose – to cue the audience to stop talking, allow time for them to get to their seats before the lights fade, as well as to set the tone for the story about to unfold.

Wagner, of course, was more particular about his choice of words, as well as the exact function of his overtures/preludes. His two early operas, The Flying Dutchman and Tannhäuser both began with overtures, containing melodies from the operas themselves.

Starting from Lohengrin onwards, however, he preferred the term Vorspiel, or “prelude”. The prelude to Lohengrin, for example, itself did not contain any melodies from the opera, although there were thematic connections – the music was simply there to establish the mood of holiness and reverence. In fact, he also included a prelude in the middle of the opera, as the curtain-raiser to Act III, simply to depict and establish the festivity of the wedding scene.

Other Wagnerian preludes (as they were all called thereafter) in Tristan und Isolde, Die Meistersinger and Parsifal did contain themes and motifs from the operas they preceded. But more importantly, each prelude also served as a narrative or allegory of the story ahead. The prelude to Parsifal, for example, was described by Wagner as “faith – suffering – hope ?” and each of these motifs remains (annoyingly) incomplete, only to be fully explored and resolved in the rest of the opera.

As the first of an initial set of four, this disc is the maiden issue for Faszination Musik with Elgar’s First Symphony and Wagner’s Die Meistersinger Prelude (and not Overture, as the track listing mistakenly states.) Recorded from live performances in late October and early November 1999, the sound for the most part is fresh and clean, with minimal and unintrusive background noise.

Norrington gets off to a good start, with an elegant shaping of the opening A major hymn-like procession, building up to the fortissimo which bridges into the animato of the secondary theme (which switches into the quite unexpected ley of D minor). The loom of effulgent lyricism which runs throughout the symphonic tapestry of unusual harmonic idioms and sudden mood swings is admirably drawn out and preserved by Norrington.

Indeed, the binding element of the entire symphony is the emotional roller-coaster ride through the peaks and valleys of Elgar’s fertile composition. Norrington is one to wear his heart on his sleeve, driving the music, as might be expected in a live performance, with great compulsion. The orchestral response is equally incisive and vivid.

Elgar refused to call the second movement a scherzo, and quite rightly, too. Here, it is taken with a restless, relentless fervour, with the strings at their most impressive. The contrasting middle section is no less suave, with its moments of reflection. If there is any criticism, it’s only that there is no let-up in the disquiet of Norrington’s interpretation even in these passages.

The central theme of the adagio is identical, note for note, from that of the previous movement, yet Elgar now shrouds it in completely different nuances. Norrington embraces this new set of emotions with some character, unfolding the pathos of the music like a beautiful origami in reverse. Yet, there is a certain lack in inwardness and warmth; the result is something more mellow than insightful. Even so, the responsive Stuttgart musicians are comfortable with this view, and the lyricism, especially in the closing moments, is never missing. 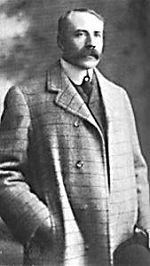 The final movement revisits each of the motifs and moods of the preceding movements. Drawing on the emotional investment from before, Norrington maneuvers through this territory with selfless involvement and deep feeling, again aided with some tour de force playing from the orchestra. The brasses are wonderfully projected, although the limitations of the live concert hall venue are all too obvious when the string timbres start to wear out on the high notes. Not a serious reservation, then, but audiophiles should take note.

The swaggering grandioso, which starts about two and a half minutes before the end, brings the symphony to a soaring conclusion: Norrington goes for it in a very big way, and the stirring applause at the end – including an unmissably heartfelt “bravo” – is an apt tribute to what has been a strong, impassioned voyage lasting the better part of almost fifty minutes. Somehow, I have a nagging suspicion that the presence of an audience was, in fact, instrumental in Norrington and the SWR orchestra attaining such a level of persuasiveness.

As a “bonus track”, the Prelude to Die Meistersinger von Nürnberg is thrown in for good measure. After the ebullience of the Elgar, Norrington opts to tackle this Wagnerian juggernaut without the usual ponderous tempi and bombast. Instead, this is a brisk, sprightly – even manic – account that hops and skips along where other versions tend to drag their knuckles along the ground. Norrington is attentive to details of phrasing, less so in dynamics, but this is nonetheless a satisfying performance.

No complaints, then, about the quality of the music-making. A bit more care could have gone into the production of the sleeve booklet – there are typos on several pages which some careful editing would have caught – but perhaps I’m splitting hairs. The filler is also listed here as the overture from Die Meistersinger. Technically, of course, it was called a Vorspiel by Wagner, but the confusion (and interchangeability) between both terms is understandable.