The conductor/composer is, surprisingly perhaps, not that rare. Furtwängler, Klemperer, De Sabata and Celibidache were all great conductors who happened to compose, and of today’s generation of maestros Sinopoli, Sallinen and Maazel are active both on the podium and off it. Few twentieth century figures, however, fit the description of a great conductor who happened also to be a great composer. Bernstein was a master on the podium, even if his music failed to capture the imagination of other conductors, and Richard Strauss was a master of composition and a fine interpreter of both his, and others, works. But the most compelling all-round musicians of the last century aptly span the beginning and the end of the century, Mahler having been the first, with his middle and mature symphonies culminating with conducting appointments at the Vienna State Opera and the New York Philharmonic. The other is Pierre Boulez (b.1925), who turns 75 in March 2000.

This survey of Boulez will look at his work as composer and conductor and place him within the pantheon of twentieth century giants. As a conclusion, I will recommend those recordings by Boulez that will stand the test of time. 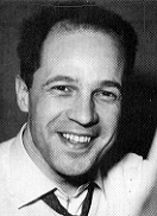 Paris, 1945. This is the beginning of Boulez’s first period, with the Notations (1945) for piano and the Second Piano Sonata (1947-8). Already evident is an intellectual sophistication and violence that presages Boulez’s ruthlessness in creating a new musical language. The Second Sonata is a promethean work of almost Beethovenian weight and scale, a work that develops serial language amid complex rhythmic dynamics. It is an extremely violent work, with unrelenting jagged structures, but one that almost sets out to demolish once and for all the sonata form. Few pianists have attempted to play it, but it remains one of the seminal piano works of the last century.

By the mid-fifties, Boulez was leader of an Avant garde movement that included composers as disparate as Berio and Stockhausen. His works also began to reveal a greater understanding of the musical inheritance from composers other than Webern.

Le marteau sans maitre (1953-5, revised 1957), applies a Debussyan luminosity and as such the listener becomes much more aware of the music as an individual entity without the complex compositional process proving intrusive. It is an exotically scored work, mixing the sound worlds of a soprano, xylophone, percussion, alto-flute and guitar, and as such has an almost pan-global feel to it, with African and European textures pre-eminent.

With the composition of Pli selon pli (1957-62), Boulez’s work seems to reach the summit of his previous achievements. Pli is an hypnotically intense work, that at moments reaches stasis. Scored for soprano and full symphony orchestra it is a beguilingly symmetrical work – the first and fifth movements purely orchestral, the three inner movements, based on poems by Mallarm, reaching inwards with gloriously sculpted vocal lines broken only by brittle percussion. It remains one of Boulez’s most approachable works.

After Pli selon pli, many of Boulez’s works remained unfinished for very long periods of time. Whilst fragments appeared intermittently in the intervening years, it was not until Ritual (1974-5) (and the only work to appear by Boulez throughout the entire 1970s) that Boulez attempted a large scale orchestral work.

Boulez has described this work as a series of “verses and refrains”, and, although scored for solo oboe, clarinet duo, flute trio, violin quartet, woodwind quintet, string sextet, woodwind septet and 14 brass, the work often appears to be monumental in construction. Moreover, it is the first of Boulez’s great works to look back, most notably to the works of his teacher, Messiaen. After the foundation of IRCAM (the Institut de Recherch et de Coordination Acoustique Musique) – Boulez’ heavily subsidised experimental music centre in Paris – Boulez premiered Rpons (1981), a work on a massive scale using the most sophisticated electronic equipment available. It has constantly been under revision, and remains unrecorded. Only small scale pieces have appeared since, notably the sumptuous Le visage nuptial.

Boulez’s importance as a composer is undisputed but it is arguable that his importance may be undermined by the other facet of this colossal figure, namely his conducting. There were already signs by the 1970s that his work as a conductor impinged substantially upon his ability to compose, and, as already said, many of his works written since remain incomplete. 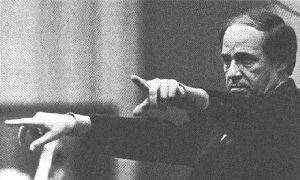 Like Gustav Mahler, Boulez has proved to be a revelatory conductor of both his and other composers’ music. He first started to devote substantial time to conducting in the 1960s where he appeared at Salzburg and conducted the Vienna Philharmonic. But it was not until the 1970s, particularly after he was asked to conduct Wagner at Bayreuth in 1976, that he began to gain an international reputation as an exponent of both his music and that of, particularly, twentieth century composers, most notably Debussy and Stravinsky. He was Principal Conductor of the BBC Symphony Orchestra from 1969-75 and of the New York Philharmonic from 1971-77, but has held no major posts since preferring to guest for a very large number of orchestras – including the Chicago SO, VPO, BPO, LSO and the Cleveland.

Although he was held in high regard by both George Szell and Otto Klemperer, Boulez as a conductor remains controversial. His Parsifal is amongst the fastest ever to be performed at Bayreuth and he has been described as “crazed” in his treatment of the score, with many passages taken at too driven a speed. A Ring cycle from 1980 displays a warmth and intensity that is refreshing, and although Wagner’s poetry is manifestly evident in all parts of the tetralogy there is an underlying urgency that doesn’t always lead to a thrillingly intense or well-focussed performance. He is renowned for a merciless precision that, although enhancing clarity, is almost always at the expense of passion for the music.

His recent Mahler Nine on DG is as clinical a performance as I have heard, with a remoteness and anonymity to the playing that makes for an underwhelming experience. His Mahler No.1, however, is unbuttoned and has an appealing inner warmth. His interpretations of Stravinsky’s music are enormously disciplined, and few conductors seem capable of understanding the complexities of Stravinsky’s rhythms as well as Boulez. The Rite of Spring under Boulez is an exhilarating ride and perhaps remains one of his most successful interpretations.

As a conductor of contemporary music, Boulez is virtually unrivalled. In the music of Brian Ferneyhough (notably a brilliantly played Funerailles) Boulez is able to make the dense orchestration and duality of textures sound remarkably clear. Berio, Carter, Xenakis, Kurtg, Dufourt and Birtwistle have all benefited from Boulez as conductor. Stockhausen’s Gruppen was premiered by Boulez, Bruno Maderna and the composer in 1953. Whilst not the greatest living conductor, Boulez continues to offer a rich combination of the new and the familiar.

There are rumours that Boulez is returning more and more to composition – although to see both his recording schedule and concert register for the future makes this slightly sceptical. He is rumoured to be writing a piano concerto for Maurizio Pollini, and there is also talk of a violin concerto. His conducting is as focussed as ever – with a major 33-concert, 11-city tour with the London Symphony Orchestra of works from the last century, coupled with new works – a piano concerto by Salvatore Sciarrino (soloist Pollini), and major orchestral pieces from Peter Eotvs and George Benjamin, a Boulez pupil.

Whereas it is arguable that Boulez’ great contemporary, Karlheinz Stockhausen, has somewhat made his music so complex it is unplayable, there is every chance that Boulez’ small, but important, contribution to twentieth century music will become as symbolic to mid-twentieth century composition as Brahms’ music was to the mid-nineteenth century.

The Marc Bridle is enjoying the best year of his life – to date!