Ever had the experience of listening to a recording and wishing dearly that you could have just been a fly on the wall? I have listened to Bruno Walter’s miraculous performance of Act I of Die Walküre four times since purchasing the CD and I can tell you I know that feeling very well.

Act I of Wagner’s most popular opera of the set of four is sometimes taken by itself on CD, chiefly because it has within it some of Wagner’s most exciting music (no, the “Ride of the Valkyries” isn’t here, but it is here), as well as some of his most glorious love music.

Lauritz Melchior (left) is generally regarded as the Heldentenor of the century, and here we get to hear why. From his opening “Wes Herd dies auch sei, hier muss ich rasten” he gives the impression of total identification with the music, and the technique to do it justice. Whatever the rumours about his uninvolvement (during a certain performance of Tristan, I think, he inched further and further nearer to the edge of the stage during a certain long soprano narrative and started a bridge game once he was off-stage), here it is pure pleasure to listen his wonderful voice. A certain dark timbre haunts it, making it very suitable to the music of Wagner, but totally placed, without a hint of strain. Sample if you can the portion where he says that he has to be called “Wehwalt”, and his total command of shading. Heartbreaking.

He is nearly upstaged by his justly famous partner, here Lotte Lehmann, a Wagnerian soprano who is totally in character. Her voice is sweet and lacks no charm, starting from her “Ein fremder Mann, ihn muss ich fragen”. She has total command of the words and the voice to do it justice. 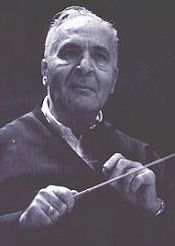 But the star of the show is strangely, it may seem, Bruno Walter. He takes the Prelude at a crackling pace, and it is amazingly textured and breathtaking in its fury. Later the love that Siegmund and Sieglinde have for each other (and it’s not the sibling kind) materialises beautifully starting in the cello solo. The orchestra has amazingly twice as many bars where it only plays, compared with the soloists in some passages, but Walter makes every note work, and tension never lags. Listen to how menacing Hunding’s entry is made, and how passionate the love duet later is made, with the help of Walter’s realisation of Wagner’s incandescent, most humane score. The Wiener Philharmoniker has a long tradition of Wagner, since the era of Gustav Mahler as musical director, and they respond most sensitively. Brilliant! If you have half a heart at all you will be touched by this music.

Hunding (Emmanuel List) himself is good, if not definitive. But the stars here are definitely Melchior and Lehmann. After the still-young Bruno Walter, of course.

The EMI CD has recently been deleted, but it is still available on Gramophono 2000. From previous experience, it being a pirate label, the transfers have been of comparable quality to the incarnations on other labels, but I would still stick with EMI if it is ever re-released (and it should, really). Let me explain: Gramofono tends to copy other people’s remastering, or adds boom/fake stereo etc. I’m not willing to stand by their transfers, let alone say that the transfer engineers deserve …. The sound is not stereo, of course, but everything is captured reasonably well. In fact, for 1935, this is amazing sound. No one who has any interest in Wagner, or conducting, or singing should miss this incredible performance. Get it.