My fascination for this recording lies simply in the fact that there are so few dedicated treble recordings in the classical market. If helden tenors are a dying breed – a boy treble voice that truly fascinates and inspires adoration for God is rarer still. It will be no surprise then that I will be dedicated a large part of this review discussing Burrowes’ voice (my apologies to David Miller, a leading lutenist in Britain and the ALSQ).

Born in 1983, Connor Burrowes began a chorister life at 4 years of age with the Stockholm Anglican Church Choir before joining the St Paul’s Cathedral Choir in 1991. There he involved himself with extensive soloist work that has since brought him to half the globe. His concertising schedule further intensified after Robert King invited him to sing with the King’s Consort and there he found mentors such as James Bowman. A boy treble cannot sing forever (not in this voice at least) and Burrowes has been awarded a top musical scholarship to study in UK.

In this recording, Burrowes’ technique is mostly secure and his tone never suffers. Though I miss the ‘fearless’ quality which I desire of treble voices – such as that mentioned in my review of Bach’s Motets sung by a German boy choir – Burrowes’ treble voice is clearly of greater maturity and sensitivity. To compare the two would do injustice to both types of treble voices.

This said, I fail to appreciate the recent hype over Anthony Way or Charlotte Church, both of which are misleading examples of what I consider ideal treble voices. These are commercial records of little musical achievement and I will never be caught with one of those in my collection – breathy trebles with cute faces singing Christmas carols or prayer songs (sorry – I have nothing against these children; it is just that the hype irks me).

Back to Burrowes and his beautiful tone – in fact, the higher this treble goes, the more beautiful his tone; listen to track 12: Ye mortal wights to hear his crystal clear treble voice in the upper tessituras. Burrowes is not fully tested in this programme, which is a pity as I would like to hear him handle a more varied and perhaps more dexterous music. However, one can hear his other great skill, which is the remarkably natural flair and musical maturity in his phrasing of these consort songs. Listen again to track 18 and you will discover an innate graceful strength within Burrowes’ tone – he creates such remarkable elegance of phrasing! One can hear Burrowes’ stunning accuracy and mastery of the musical structures and shapes of these early songs and that itself contributes no small deal towards my joy in hearing good trebles. 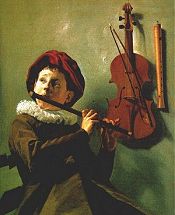 That said, there is a little tendency towards repetitive treatment of all the songs and one searching for deeper insight into the depths of these consort songs may not find them here. However, if the argument that these songs have had performances in more than one ‘rendering’ or voice type holds true, I defend the treble voice in the performance of early music for it creates an illusion of detachment that provokes a far more personal (and therefore deeper) search for truth in the listener than can any performance by a more matured voice type.

When one hears Burrowes treatment of This merry pleasant Spring as he struggles unconvincingly in some of the running notes, one senses some awkwardness – or rather insecurity of technique; but as I have previously argued in my Bach Motets article – these are part and parcel, and commonplace in many treble performances. Though they can be interpreted as incompetence, the more astute listener would embrace the insecurity as part of the greater phenomenon – the eternal anguishing imperfection of the treble voice – its transience. It is as if God after creating the most wonderful instrument in the world had to put in it a flaw to remind it to always serve and glorify its creator’s supreme being. Sigh.

Burrowes’ vibrato is minimal and this strikes a more acceptable compromise between totally pure tones and the decidedly wider vibrato which some solo trebles are heard to employ – both which is unsuitable for this set of songs. Consort Songs have been around since the time of Elizabeth I – that’s 1580s and it appears to have emerged by the assimilation of the Italian madrigale and the English ayre. It is not infrequent to hear them in the form of solo voices supported by four instruments – such as a recorder quartet. The choice of which lies in the attractiveness of the recorder in symbolising pastoral life, heavenly scenes and death – the fodder of Consort songs. 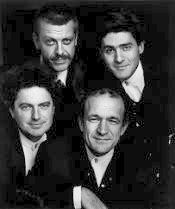 The Amsterdam Loeki Stardust Quartet delievers sensitive accompaniment that enhances my enjoyment of Burrowes voice. Their quartet tone is more than compatible – the result being greater than the sum of their combined goodness and one is greeted with a fascinating sound stage of most mellow recorders upon which a lone treble voice may be suspended most subtly. Always accurate and clean in their playing, their ensemble work is quite impressive.

All in all, this record is an outstanding achievement in a very rarified zone. But any treble voice music is welcomed in the deserts of most record stores and if nothing else persuades, buy this if you cannot find another treble recording – it is more than just a good sample of that voice.

In Singapore, Channel discs can be purchased (or ordered) from Borders (Wheelock Place), HMV (The Heeren) and even Tower (Suntec City and Pacific Plaza).