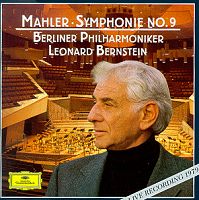 “The first movement is the most glorious he ever wrote. It expresses an extraordinary love of this earth, for Nature; the longing to live on it in peace, to enjoy it completely, to the very heart of one’s being, before death comes, as irresistibly it does.”

Mahler’s Ninth Symphony is one of those works where the depth of emotions is so fully integrated into the musical structure that the result is, without doubt, a monument of creation. Written between 1908 and 1909 amidst the idyllic setting of the mountainous region in southern Tyrol, it is Mahler’s last completed work; he was to die only a year later. Mahler himself stated that in this symphony, something which had been on the tip on his tongue for a long time was being said. That “something” is nothing less than a great summarising statement of reaffirmation and distillation of musical and spiritual thought.

The Ninth is cast in a non-traditional symphonic mold: after a broad and substantial first movement, there are: a dance-like second; a fast marching, scherzo-like third and finally a slow lamenting fourth movement. As Mahler did not live to either conduct or even hear it, the task of premiering the work fell to Mahler’s favorite student, colleague, friend and indeed its dedicatee, Bruno Walter, in 1912 – a year after the death of its composer. (Walter premiered Mahler’s Das Lied von der Erde the year before.)

This recording is pregnant with historical importance, as the legendary concert from which the recording was taped was the only occasion Leonard Bernstein and the Berlin Philharmonic Orchestra ever performed together. The invitation had not come from the orchestra nor its eminent maestro, Herbert von Karajan, but from the director of the independent Berliner Festwochen. Apparently, there were strings attached to Bernstein’s acceptance to the performance: the concert was to be held in the Berlin Philharmonie Hall and the earnings of the concert had to go to charity. 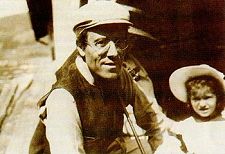 Bernstein approaches the work in a very personal manner. At the time of the concert, his beloved wife Felicia (a very beautiful actress) had passed on over a year and a heightened sense of loss and lugubriousness is clearly injected into the playing. Bernstein said that, “a performance of a work is perfect when it gives the conductor the impression that he is its composer”. I believe that must had been the case for this performance; relating the loss of his wife to the context of the work just as Mahler related his of his daughter (he was also dying from a fatal heart condition).

Right from the opening bars of the Andante comodo, the soft warm sound of the Berlin lower strings and harp induces a contemplative and mysterious mood. The entry of the muted horn snarl contradicts that mood, indicating the presence of some muted terror. Many musicologists and musicians have voiced rave opinions over this movement, hailing it as a watershed of 20th century music and a prodigal of creation. If that claim was authentic, then this performance does no less to promote its statue.

Bernstein achieves utmost transparency and clarity throughout this wide encompassing movement, thus maintaining a healthy balance between its symphonic and exquisite chamber-like quality. It amazes me how differently the BPO sounds under Bernstein, with that luxuriously smooth and glossy “Karajan sound” replaced with a bittersweet yet deeply lyrical and warm sonority. Huge waves of earthy feelings: love, hope and ultimately a longing to live, are constantly swept cross. Definitely a refreshing contrast, especially in relation to either of Karajan’s recordings on DG (Karajan Gold 439 024-2 or DG Double 453 040-2) which are much more refined but somewhat lacking in spontaneity (probably due to over-preparation?).

The stylised Lndlers is taken fleetly but lightly by Bernstein, which unfortunately does not work well. Mahler indicated at the inception of the movement that he wanted it to be played “Im Tempo eines gemachlichen Lndlers – Etwas tappisch und sehr derb” (“In a comfortable Lndlers tempo – Somewhat clumsy and very coarse”). In this case, the lightness failed to project the heavy heartedness, brought upon by the lack of clumsiness and coarseness. This results in a rather different kind of mood, oddly more complacent and self-content. For an exceptional performance of this awkward movement, one should instead turn to Bruno Walter’s 1961 Columbia recording (Sony SM2K 64452) – a most convincing version performed in true Viennese style.

Bernstein’s Rondo-Burleske, however, is superbly controlled and brilliantly executed; the Berliners respond impeccably to Lenny’s fervor throughout. The choice of tempi for this movement is generally straightforward and swift. While this might be a hindrance when emphasising the transitions between the multiple, often tempestuous sections, this is not so for this performance. 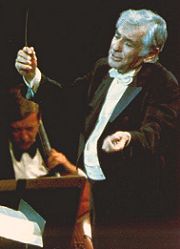 For instance, due to the quick tempi, the speed increment from the Piu Stretto to the final Presto section towards the end is not distinctive. This slight drawback is compensated however, with a nervous shift in colour and intensity in the strings and an added weight in the timpani strokes. The effect is at once compelling and devastating. The already dark becomes hellish and the taut melodic lines are on the verge of snapping. I can imagine the whole world falling apart down here. Truly incredible, though a liberal dose of rhythmic flexibility might work even better. I view both this and the final movements as litmus tests to the level of understanding and playing.

The Rondo, with all that chromatism and polyphony play demands a razor-sharp sense of coherence and coordination. On the other hand, the last movement stretches the limit of the players on slow playing: to retain a sense of wonder and emotionalism while keeping the melodic lines taut with tension.

The final Adagio is white-hot intense and gripping. The richness and warmth of the Berlin strings work particularly well here. Bernstein sees the three culmination points in this movement as “Farewells” and thus proceeds to play them as long flowing breaths of emotive outpourings.

At around 3 minutes, after 22 bars into the movement, we reach the first climax (or the first “Farewell” as Bernstein puts it) marked by a bar of eight notes ending with a high G-flat (played by the 1st Violins). Lenny highlights an overwhelming feeling of eternal departure by deliberately broadening the pace, and stretches the note value on the high G-flat. Hysteria is definite here.

Mahler certainly did not indicate that in the score and some might even feel that Lenny has desecrated this event. Who says that death should be lonely and despairing, when it can equally be heroic and noble? With nostalgia, retrospection and forlornness being amplified a million times, however, I can hardly contain myself. Some might find this ultimately too depressing and this is undeniably not the best way to play this concluding movement, which comprises not just neurotic poignancy, but also peace, sublimity and heroic regret.

In a nutshell, though very audible and liberal grunts can be heard from Bernstein, and the analogue sound is less than wonderful, even raw and rough-edged at times, this is nevertheless an amazing performance. A first-rate account from one of the great conductors and orchestras of the century. This recording is recommended to those who want their Mahler Ninth played in a heartbreaking, shattering and fiercely emotional fashion.