An Inktroduction
by Marc Bridle


[After the band of the Grenadier Guards had played an Elektra potpourri] His Majesty does not know what the Band has just played, but it is never to be played again.

If Richard Strauss’ third opera, Salome, established his international reputation the completion of Elektra suggests a composer who was on the brink of breaking the mould of opera. Elektra comprises an immense, dissonant score and one of the most demanding parts ever written for the female voice. It shocks as few operas do, and weaves orchestration of great complexity with vocal writing of thrilling power. Elektra has not often been recorded in the studio, undoubted masterpiece that it is, but we are fortunate to have a number of great recordings taken from ‘live’ broadcasts. The aim of this survey, fifty years since Strauss’ death, is to guide the listener through the recordings that are currently on the market and offer a recommendation.

Synopsis. Using a libretto by the Austrian poet, Hugo von Hofmannstahl, the story of Elektra is based on the play Electra by the Greek tragedian Sophocles. The opera starts with Klytamnestra’s maids washing away the blood of her murdered husband, Agamemnon, from the palace walls. Elektra appears and is derided by the maids.

In her first monologue, “Allein! Weh ganz allein”, Elektra invokes the spirit of her father and celebrates the day when his murder will be avenged. Her sister, Chrysothemis, still living in the palace walls, informs Elektra that Klytamnestra and her lover, Aegisth, are planning to immure her in the tower where they hope she will die.

Elektra rejects these words, when noises are heard from within the palace proclaiming a sacrificial procession. Chrysothemis explains that their mother has suffered terrible nightmares, and in a move to exorcise them she plans a bloody sacrifice. At this stage Elektra determines to confront her mother and lures her out of the palace walls.

“In Was willst du? Seht doch dort”, Klytamnestra pleads with Elektra to help her rid her of the nightmares that are now ravaging her body and mind. Elektra replies enigmatically that the sacrifice must be Klytamnestra herself if she is to be freed from the nightmares.

Elektra then asks her mother about her brother, Orest. Klytamnestra lies and tells Elektra that his years in the wilderness have made him mad, a lie which leads the smouldering bitterness between the two women to erupt into hatred. Elektra tells her mother that she will be hounded to death and Klytamnestra retorts that Elektra herself will receive the severest of punishments. 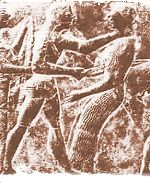 Klytamnestra returns to the palace walls, when Chrysothemis arrives with news of two strangers who have testified to Orest’s death. Elektra, crushed by this news, decides she will avenge her father’s death herself. Chrysothemis, dismayed by this, flees in terror. Elektra looks for the axe with which her father was killed and comes upon a stranger she soon recognises as her brother, Orest! Orest!.

Angered at his duplicity, Elektra refuses his embraces. Orest leaves her and enters the palace, whereupon she hears the screams of her mother and later those of Aegisth. Orest is proclaimed by the people as their saviour as the palace walls drip with blood. Chrysothemis invites her sister to join in the celebrations but Elektra, now scarcely aware of what is happening, escapes into her own closed world and at the climax of a joyous dance collapses lifeless to the ground. Chrysothemis appears and calls to Orest but the palace doors remain shut.

The Music. The harmonic structure of Elektra owes a great deal to the tonal disintegration that started with Wagner (another composer for whom the leitmotif was an important functioning part of the infrastructure of an opera). But it is also an opera of contrasts: both theatrical and psychological, dissonant climaxes set against intense lyricism (Elektra’s dance of death played out against the lyricism of the Recognition Scene between Elektra and Orest). All of this is achieved by building up huge blocks of sound and establishing tension between contrasting chords. The chords of B minor and F minor establish the Elektra theme and the D minor chord that comes to symbolise Agamemnon is set symmetrically against this. Later, when Orest returns, set against the chord of A-flat major, the symmetry becomes complete with the pattern of B-D-F-A-flat now established.

From the opening, brutal triad of Elektra it is clear that Strauss intended to explore his musical possibilities to their limit. The score, compact yet monumental, is one of the most violent in all opera and is composed of a series of multiple themes, all somehow interrelated to each other. Its complexity comes down to Strauss’ ability to establish musical connections, at times hundreds of bars apart, of simple and repeating chord progressions. Such complexity underlines the drama of the opera and establishes Strauss as the natural successor to Wagner.