Celibidache (1912-1996) had an instinctive feel for the Russian mood that no other western conductor really matches. His Tchaikovsky is often revelatory (none here, unfortunately), but all of that pales beside his quite extraordinary interpretation of Rimsky-Korsakov’s Scheherazade. No other version I have heard so clearly captures the rich sonority of this score, and makes the contrast between the fury of the elements and the beguiling sensuousness of the prince and his princess so achingly apparent.
Righ: Portrait of Rimsky-Korsakov
by Ralf Krieger.

The recording, although stereo, captures this performance in its ripest colours and the Stuttgart forces play with great virtuosity. The coupling for this disc is a beautifully played account of Stravinsky’s Le Baiser de la fée. 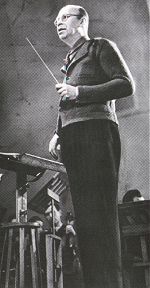 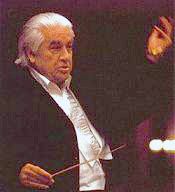 Marc Bridle‘s fairy tale starts with him drinking a bottle of Château Petrus with his new wife, Kristin Scott-Thomas.