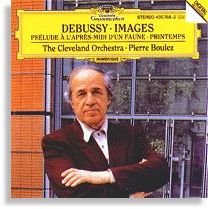 When Pierre Boulez signed an exclusive contract with Deutsche Grammophon at the start of the 1990s, the company offered him carte blanche meaning, he could record anything he wished, and with anyone he chose. He stuck with re-recording most of his repertoire, and this Debussy collection was the first to surface.

For me, Boulez (right) is a Debussy-conductor par excellence: he is totally at home with his compatriots musical language and inimitable sound-world, and, like Debussy, does not settle for anything less than pure, unadulterated art. That does not mean, however, that what we get here is perfect; or cannot be improved upon. Ive come across better performances (both live and on record) of each of these works, but in all honest truth, nobody understands Debussy like Boulez does. Theres just this something extra that I find in Boulezs Debussy that I cannot detect in someone elses: its unidentifiable perhaps its the french-ness, the poetry, the colour that is so utterly Debussyian; and these are the components of a Boulez-performance, the like of which you will hear in this collection.

The Prelude l’apres-midi dun faune (Prelude to the Afternoon of a Faun) was completed in 1894, and successfully premired that same year to an approving but bewildered audience puzzled, no less, by the obvious formless-ness of the work. It was to be performed again in a staged production choreographed and danced by Nijinsky (costume depicted below) for the “Ballet Russes”, this time to a riotous furore. 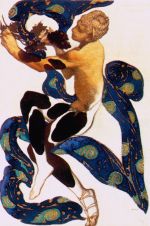 The Prlude, however, was a breakthrough in musical composition: with its inception, music was never to be the same again. In it, Debussy abandoned the traditional harmonic, thematic, structural and rhythmical rules which had governed musical composition; and achieved, in his own words, “… music [that is] truly freed from motifs, or constructed on only one continuing motif which nothing interrupts, and which never goes back on itself.”

Despite frequent suggestions of particular keys, the work never really settles in any; and does not belong to one. Debussy had intended not to let the music rely on particular tonal centres, but sought through an attenuated tonality “… a mode that tries to contain all the nuances [of different keys]”. Pierre Boulez firmly believes that if modern music had had a definite beginning, it must have been the opening bars of the Prlude laprs-midi dun faune. The works source of inspiration came from a poem by the French poet, Stphane Mallarm, who was a friend of the composer and an admirer of his music…

I desire to perpetuate these nymphs.So bright their light rosy flesh that it hovers in the air drowsy with tufted slumbers.
Did I love a dream?
My doubt, heap of old night, ends in many a subtle branchy, which, remaining the true woods themselves, proves, alas! that alone I offered myself the ideal error of roses for triumph.
Let us reflect…

The opening flute-solo is done delicately, if a little measured; and what lovely sounds the Cleveland Orchestra produces under Boulezs direction evoking a dreamy and colourful landscape. Every little detail is affectionately reproduced, with all solo parts clearly audible. Boulez is unmistaken about the scores phrasing, and certainly knows how to blend the individual colours of each instrument to produce a palette of vivid clarity: not for him is the heat-haze of Karajans 1960s recording (DG 427 250-2), another landmark in Debussy-interpretation. 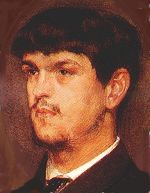 Just listen to how Boulez builds up the climax in the middle section (marked “Mme mouvt et trs soutenu” in the score) to the only fortissimo in the work, and how carefully he urges the orchestra not to overplay, but to keep at establishing the timbre they have effected since the start. And dont miss, too, the shimmering string-tremolos at the coda(?) section (return of the original theme on flute and oboe), beautifully rendering the dreamy fauns return to his mid-afternoon rverie.

I think one important characteristic of Boulezs Debussy is his understanding of the musics affinity with the French language: the composer, by the way, intended his music to sound every bit like his mother-tongue. Boulez, being also French, is thus purely instinctive with regards to the various “French” inflections that underline Debussys scores.

Images is a symphonic tryptich which seeks to express and embody the distinct characters of three different countries: England, Spain and France. In writing Images, Debussy said he was seeking “… an effect of reality; music [that is] made up of colours and rhythms”, but with a greater variety of textures and a wider lyrical expansion than in any of his previous works.

The first movement, Gigues, a musical representation of the composers biased view of England, has as its central theme the Northumberland folk-song, The Keel Row. Here, Boulez manages to keep the intricacies of ensemble-playing together, yet at the same time crafts a sound which is altogether warm and homogeneous: the characteristic Boulez-Debussy sound I often emphasize. A slight problem lies with the recording, perhaps, which places certain sections forward and relegating others to the rear; thus sacrificing a considerable amount of inner-detail in isolated parts of the score.

The excitement is very much contained in Iberia, the second movement which is in itself divided into three sections. In the first, Par les rues et par les chemins (“In the Highways and Byways”), Boulez exudes more continental “gentleman-ness” than southern “Spanish” fervour: try Pierre Monteuxs definitive Philips recording (442 595-2 “The Early Years” Series) and youll hear all the glitter and bustle of the streets, and the fervour and langour of the characteristic Spanish dance rhythms are vividly depicted.

My earlier grouse about the recording-quality remains. Boulezs downplayed emotions work better in the second section Les Parfums de la nuit (“The Perfumes of the Night”), where he successfully evokes an atmosphere of perfume mists shrowding a dimly-lit alleyway. However, I would have preferred more effeminacy; and those slinky string-glissandos at the beginning could have been better. 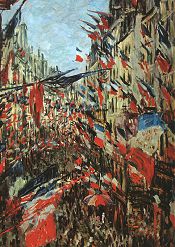 Rondes de Printemps (“Spring Dances”) is played wonderfully: note what sensitivity is breathed into the long, fluid melodic lines that are elegantly phrased, and nuances lovingly caressed and articulated. Boulez and the Cleveland-ers give us a thoroughly enchanting and insightful depiction of what was intended to be an evocation of May-Day festivities in France.

Much the same can be said of the performance here of Printemps ,one of Debussys earlier works which show already more than a glimpse of the future composer of such works as those two above. It is a symphonic suite divided into two movements which attempts to express the slow, laborious birth of beings and things in nature, then mounting florescence, and finally a burst of joy at being reborn to a new life”. It is Boulezs characteristic “frenchness” which very much defines his interpretation; and listeners familiar with Debussys music cannot but admit that only he (Boulez) is capable of exuding such lovely sounds from an orchestra to play what the composer only intended as “music that pleases the ear and caresses it”. Throughout, careful attention is paid to phrasing and homogeneity of sound; and the structure of the work also becomes apparent.

For other recommendations of the Prelude, try the abovementioned Karajan performance; or the one by Michael Tilson Thomas and the London Symphony Orchestra (Sony SK48231). Images cannot be bettered by Pierre Monteuxs Philips recording (442 595-2); but is also well-served by Simon Rattle (EMI 7 49947-2) and Esa-Pekka Salonen (Sony SK62599). But, like I said earlier, Boulezs Debussy is special and should be heard.