Benjamin Frith played at the Singapore International Piano Festival a couple of years ago and what immediately singled him out as a “different” pianist was a certain sensitivity in his style which I have found missing in many a great competition pianist.

A small pianist in stature but possessing colors on the piano very different from other pianists on the concert circuit, he must be heard ‘live’ to fully appreciate his talent – and guess what? Frith will be in Singapore on the 8th and 9th October 1999 to perform the Chopin Second Concerto with the SSO! 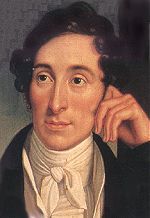 Weber (“VEH-ber”) was another of those young talents whose father saw the possibility of a second Mozart in the making. Now he is well-known for his opera Der Freischtz as well as his concertos for clarinet. I have only heard his Konzertstck played by Alfred Brendel – which highly impressed me for a relatively unknown composer of the piano, so I decided to venture on to listen to his two highly recommended piano concertos. I have since gone on to explore his equally interesting clarinet sonatas, having found myself quite disposed towards his special melancholia and innate sensitivity. He composed music that is so adaptable – music that can be appreciated by the masses and the connosieur alike. (The only German composer that does not seem to do this is Richard Wagner – you either love or hate him).

The works featured on this disc revolve very much around the times of the Romantic composers. It is not difficult to tell you who Weber’s influences could have been: either Mozart or Beethoven (but Beethoven and Weber were contemporaries). The opening bars of the First Piano Concerto are like a Mozart concerto. While it does not have the fully-fledged difficulties and other virtuostic elements of Beethoven or Schumann, or even Brahms, yet there are sections which have their own character and technical merits as well. Weber possessed a good hand-span and made use of this in employing difficult arpeggios and running scales in the music. In fact, listening to the first movement I think the composer that comes to mind most is the music of Felix Mendelssohn, who also composed two beautiful short piano concertos. 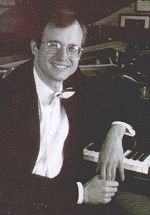 Frith is quick to display his lucid touch in partnership with the solo cello and strings in the second movement – just like that of the third movement of the Brahms Piano Concerto in B-flat (No.2). It is here that we also get a closer glimpse of the introspective insights of the composer, who takes on a semi-serious mood. (Some music can be highly charged, where the audience can be totally absorbed by the sadness (eg. Tchaikovsky’s “Pathétique Symphony”). Weber does not often write with such an extreme degree of emotionalism but still has the ability to write introspective music without sounding overly serious). The third movement, marked “presto”, makes great technical demands which Frith ably meets. The RTE Sinfonietta also get my thumbs-up for some really polished accompaniment.

The Piano Concerto No.2 in E-flat Major, op.32 could easily be mistaken for a Beethoven concerto, especially if one was not familiar with the latter’s works. What is particularly evident is the spirit of Beethoven’s “Emperor Concerto”. It was said that Weber had bought a copy of the score and was so impressed by it that he wrote his new concerto in the same key as well. This work makes even more technical demands than the First Piano Concerto. It is, in any case, sheer enjoyment to the ear and makes a good introduction to Weber’s piano music.

The B major second movement, an Adagio, is filled with a right-hand chordic display gradually ascending against a background of strings and woodwinds, characteristic of the compositional style of the Romantics. The piano’s melodic line is always distinct and has the ability to linger in your mind long after hearing the work. This is an interesting point because some works do nothing for you – it is a momentary thing and you only savour it at that moment. In other cases, pay attention to the running scales – and straightaway one can say it is Beethoven.

The third movement, as the notes in the booklet say, is a “visual and aural display” which easily draws the listener into the music. I have to admit that the composers who come to mind again are Mendelssohn and Schumann – a purely personal idea though. (It would be interesting to hear someone else’s view on this, but I am sure you will be with me in the admiration of this music).

I have to admit that I was not too taken in by the third work in whole CD the Polacca Brillante which sounds very much like a Liszt concerto with less virtuosity thrown in (surprisingly, Liszt found this work interesting and transcribed it). I am very interested, however, in the Konzertstck in F minor, op.79. I had an old recording done by Alfred Brendel which introduced me to this piece. It caught my attention immediately – if you like Mozart or Beethoven, you will have no trouble in appreciating this CD.

The Konzertstck is a short work in one movement. Beginning in the key of F minor, Weber carefully brings about a sense of melancholia which Frith ably capitalises on as a pianist (I am a sucker for melancholic, intense music) with his wonderfully sensitive touch, phrasing and sense of gradual abandonment as the work progresses.

The music moves gradually from the dark F minor key to a major key as it takes on a happier mood. There is a story to this work which is worth noting: “a lady is sitting in her tower, sad because of the absence of her knight on a crusade in the Holy Land; she wonders whether she will ever see him again. Since she has heard nothing of him and her prayers have remained unanswered, she imagines him lying dead on the field of battle and longs to fly to him and die by his side. She falls in a swoon but there is the sound of a distant march and the sun is reflected on forms appearing through the woods. Knights and their attendants draw near, carrying their banners and the cross of the crusades. Her knight had returned and now all is happiness, for love has triumphed.”

Frith avoids a maudlin interpretation to this music, paying greater attention instead to the underlying story of the piece, and that’sense of hope for one’s lover’s return. While there is sadness that this may not happen, Frith skilfully hints with glimpses of hope and happiness – which eventually does fully materialise.

You can buy this CD in Singapore from Borders (Wheelock Place) or order it from Tower (Pacific Plaza & Suntec City) or HMV (The Heeren).

Johann D’Souza believes he was a crusader in his past life; the only thing was that there were two lovers waiting for him and he wasn’t sure who to return to.

Back to the Classical Index!… or read more piano concerto reviews from the Inkvault archives!