An Inktroduction by the Inkpot Sibelius Nutcase
On the occasion of Earth Day, April 22, 1999.

A bassoonist friend of mine had the fortune to play Tapiola once. It was a run-through conducted for fun, not meant for the orchestra to perform. When I asked him how it was like, he opened his eyes wide and said it was awesome and terrifying; that the sensation of sitting in the orchestra as it weaves its way through the tone painting of the forests made one feel very small. During rests, no one dared to move or make a sound.

But Tapiola is not meant to horrify; rather, it is our sensation of something seemingly unknown, that seems to reminds us that there is something we do not understand – or perhaps it is something we have forgotten. Tapiola is an expression of the will and life that surrounds us – all around us – and yet we fail to see because far too long has humankind lived among bloodless iron, unfeeling machines and unliving concrete; that we have forgotten how it is like to live within life, surrounded by the forests of nature’s embrace. It is this sensation of irrepressible life surrounding us that perhaps seems so strangely (ironically?) unnerving. But yet, when a human being succeeds in capturing in so much essence the awesomeness of nature, one cannot but feel that we somehow… know; but cannot explain. That is the beauty of our relationship with the Earth, one which Jean Sibelius understood throughout his life, when he was chasing butterflies as a kid, telling his companion what notes the birds were singing, running home to to write down the “sound” of wood drying in the sun, or visiting the ancient heritage of our forests, nature’s greatest shrine.

Tapiola was commissioned by the conductor Walter Damrosch in a telegram on 4th January 1926, generally considered the final year which Sibelius completed any major work. Indeed, with the destruction of the Eighth Symphony, Tapiola is the last of his symphonic essays. Sibelius made sketches before leaving for a visit to Italy in March and April 1926, where he also worked on Tapiola. Some material is apparently derived from a sketchbook dating back to 1914. In late August 1926, the score was finished, and Sibelius sent it to his publisher Breitkopf & H?rtel. On 17th September, however, the (as usual) self-critical composer asked to make some cuts to the score, but unfortunately for him (and probably fortunately for us), the score was already engraved for publication. Sibelius was particularly concerned about Tapiola because for the first time he would not be present during the work’s rehearsals or performance – and hence he would not be able to make any changes to the score.

At any rate, when Sibelius finally got a look at the score, he did not in fact, make any major changes. Breitkopf & H?rtel asked the composer to explain the title of the symphonic poem, to which the composer provided the following quatrain:

This was later translated into English (at the top of this article), French and German, with the approval of the composer, and prefaces the score.

Damrosch was also to become the appreciative dedicatee of the work. After the premiere, played with the New York Symphonic Society Orchestra, he wrote to Sibelius in 1927, saying,

“I consider Tapiola to be one of the most original and fascinating works from your pen. The variety of expression that you give to the one theme in the various episodes, the closely-knit musical structure, the highly original orchestration, and, above all, the poetic imagery of the entire work, are truly marvellous. No one but a Norseman could have written this work. We were all enthralled by the dark pine forests and the shadowy gods and wood-nymphs who dwell therein. The coda with its icy winds sweeping through the forest made us shiver.”

Tapiola is a being of layers. In it, Sibelius? pedal points hum like the rotation of the Earth through deep space; different levels of the orchestra glide, float, pulsate and undulate with mysterious purpose. A tone-picture of the forest, from the depths of the damp earth to the frozen cold floor, to the gnarled stems of the time-aged trunks, the branches stretching and moving ever-so-slowly through the centuries, the choral rustle of leaves, the icy air wafting through them; even the sound of infrequent shafts of dim sunlight streaming through the giant canopy, the echo of mysterious voices as they fade and dissipate can be heard. In some recordings, the background noise from the orchestra actually contributes eerily to the forest sounds. In Karajan’s 1964 recording with the Berlin Philharmonic (see below), I -swear- that I heard episodes of dripping water and a bird suddenly calling out from nowhere – none of these are of course in the score.

At the height of this magical invocation, forest spirits flit through the darkness, nymphs float sensuously by while wood sprites cast sorcerous trails of glitter through the dreamy air. Deep inside all this, the invisible eyes of trees, of their deity – Tapio – peer unseen. Listen, listen carefully, beneath the distant gleeful laughter of the sprites and the ancient groan of the growing woods – you will hear the very forest breathe.

“Ernest Newman heard in Tapiola?s monothematic plan an attempt to portray the infinite variety of life in the forest, all of which springs from a common source.” (Goss) This makes the perfect description of both the music and its inspiration, nature. Just as all of nature’s children come from the same source, Tapiola?s growth stems from just a few, even just one theme. The relationship between all the material is so close that scholars are hard-pressed not to call the symphonic poem monothematic. And yet, like nature, what we hear is truly the “infinite variety of life”; indeed, of Life itself.

Sibelius scored the work (“Tondichtung f?r gro?e Orchester”) for a normal large orchestra including cor anglais, bass clarinet and contrabassoon; but the sound that he produces from these resources are completely original. Tapiola has astounded musicians and scholars alike with its out-of-this-world soundscape. The strings alone seem to keen and moan, tremoring with irresistible life, reaching out from the darkness with their living wood. The woodwind and brass exchange breaths seamlessly, one voice floating or melding into the other. The sound of their long pedals seem to merge with those of the strings. Motifs drift into the darkened woods, echoing among the trees, while a particularly memorable episode has the piccolo and flute whistling towards and past the enthralled listener. Surely, these must be the “wood sprites weav[ing] their magic secrets.” 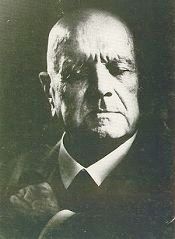 With its ominous, undulating pulsating, Tapiola inevitably gives the impression that its tempo is slow. But in fact, the range of the symphonic poem?s tempi is quite varied, from Largemente to Allegro. But even more amazing is how different layers of the orchestra actually move at different tempi at the same time, creating the sensation of drifting tendrils of air.

Despite all this, Tapiola is movement become stillness. Unlike the Seventh Symphony, Tapiola creates a deep sensation of stasis – or rather, breathing stasis. The feeling of eyes following you, or of the ground rising and falling beneath you as the earth breathes, is vividly, sometimes even frighteningly portrayed. Sibelius often composed at night and once commented: “A fearful thing, this eternal stillness.” (Goss)

After an intense storm of terrifying string tremolandi, the strings, as in the Seventh Symphony, climb up to the soaring heights, singing for the intensity of life, then slowly descend… Darkness – or is it light? – begins to close over the forests. The journey through the Earth?s living wood and sap, having been in a minor key, now reveals a long sustained chord of B major, extending serenely over the horizons…

In a way, Sibelius did compose nine symphonies (don’t quote me on this). If you count Kullervo as the first and with seven thereafter, Tapiola, dark brother of the Seventh Symphony, is the last completed symphonic work. No two are alike, and yet all are brothers of the same parent. As early as 1931, the American critic Cecil Gray wrote of Tapiola: “Even if Sibelius had written nothing else this one work would be sufficient to entitle him to a place among the greatest masters of all time.”

In this day and age, when the destruction of the environment is bemoaned publicly yet ignored by goverments all over the world, Tapiola – in its vast tone of indifferent stillness – seems to reflect nature’s defiant knowledge that whatever damage we do to her we ultimately do to ourselves. And yet, we cannot forget that this music comes from a human hand and ear. Are we not part of nature herself? In the breathing of Tapio, do we not feel the same inhalation and exhalation of our very own lives? Or in the broad pedals, do we not feel the same vibrations in our body?

Widespread they stand, the Northland’s dusky forests. Ancient, mysterious, brooding savage dreams. The dreams may be savage because they are the prophetic nightmares of a future without the protection and sustenance of nature. A nightmare that we brood now, a very very real brooding – as I type, the forests in nearby Indonesia are burning again. Right this very moment.

Within them dwells the forest’s mighty God, and wood-sprites in the gloom weave magic secrets. There is so much we still do not understand: if nature is the religion that gives us life, so Tapio is the mighty God. As we destroy nature, so we destroy life’s goddess. If we continue to destroy, then it is true: wood-sprites will weave in the gloom we will never light, weaving secrets we will never discover or appreciate, magic we will never experience. We are terrified by the living intensity of Tapiola because we have forgotten we are alive.

Listen to Tapiola; listen to this music, the voice of nature – and hope that the final sounds we hear on this ravaged Earth is indeed the serenity of life irrepressible.

This article is dedicated to my favourite Tree – The Inkpot Sibelius Nutcase.