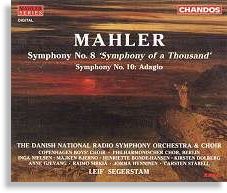 All texts and English translations included. This review is kindly sponsored by HMV Singapore.

After having been recommended this CD-set so highly by several people, and having also received a number of negative comments, I must say my interest was whetted, and so when it arrived I was naturally excited by the prospect of finally hearing it.

Leif Segerstam (b.1944, left) is a Finnish conductor and a prolific composer (in excess of 15 symphonies, 6 violin concerti, 4 cello concerti, 3 piano concerti and 26 string quartets!). He is highly thought of in several circles, and in a lot of ways, especially in Mahler and also Sibelius, he is very individual. His Mahler 2nd was, I thought, highly mannered, and thus I ventured on this disc with trepidation.

First the Tenth this is taken with a very slow tempo, which is alright, but like Celibidaches recent recording of the Bruckner 8th released on EMI, this works very badly. If he had the Berlin Philharmonic Orchestra this may have worked, but with this orchestra the members were probably working to try to preserve their lungs and lips. Attack and thus tension is lost in this recording. I much prefer Rattles interpretation.

Whats the result? Lets take a look at how Segerstam does the first movement. It starts impressively enough the opening organ E-flat chords are healthy and vibrant, always a good omen for things to come. Veni Creator Spiritus by the choirs and soloists sound very healthy, and enthusiastic too, and impetuous for once! Just before the men come in on “Spiritus, O Creator”, though, Segerstam brings in a very massive ritardando, unwritten in the score. When I first heard this, I thought, “Hmm, interesting, and maybe acceptable one of those allowances you have to give conductors sometimes.”, and listened on. He does the same thing again just before the section “Mentes tuorom visita” huge ritardando, unmarked. That certainly raised my eyebrows. Unorthodox, definitely, but undeniably interesting as well. “Imple superna” is taken relatively slowly, with a resulting loss of tension. In this I prefer a more flowing tempo, which moves the music along, and at the same time strains the unwarmed-up voice less.

The women soloists arent all that fantastic, but all are more than adequate. All this time, Segerstam takes a very slow tempo. The choir is obviously very good, and they sing thrillingly. However, Segerstam starts pulling tempi again in the orchestral interlude just before “Infirma nostri corporis”, which is itself beautifully sung, and taken, if a little slowly. Segerstams handling of the “orchestral interludes”, between choral sections, is rather vibrant, and quite alive. What a pity he opts for his choices of tempi in this movement the sweeter sections are taken rather too broadly, and he whips up the music in the fast portions, which can be very irritating. So does his view of the first movement work? Ironically I find that adding all these mannerisms takes away rather than adds to the success of the first movement, which in my opinion is best played in the most natural way. The first movement ends up sounding episodic, which it isn’t. Why any conductor would want to try to make a work sound weaker than it is I cant think. 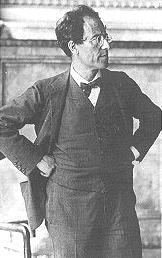 The second movement starts rather slowly (the marking is “Poco adagio”), and Segerstam shows off the colour of his orchestra here, with his own mannerisms naturally. For example, there is a spot where he takes a half-a-second Luftpaus, unmarked in the score and sounding really strange. Wouldnt Mahler have requested for a Luftpaus if he had wanted one? Besides the addition of this one here has nothing of the same effect as the very important one in the finale of the First Symphony.

After this bit the choir comes in appropriately pp, but here I find that the tendancy to sing through the full note-value in certain parts tends to cause a loss of effect (eg. “Woge nach Woge spritzt”, where a shorter, sharper “spritzt” would have brought out the meaning of the word better). The baritones solo is warm and unaffected, though not as good as lets say, Hermann Preys solo with Mitropoulos. Segerstams presence is always palpable, not always a good thing when hes accompanying.

The long bass solo leading to the boys choir is not terrifically done, though he certainly has the range for it some aspects of the words escape him. It is after the sprightly boys choir that problems start arising. Who is this guy? I rushed for the CD cover when he started his solo. Someone when commenting on this recording said he sounds like he came back from the dead! I wouldnt go so far, but definitely his voice has a sickening edge to it, which is utterly unattractive. If I never return to this CD-set again, he would be one of the main reasons. Listen to the way he sings “Mutter” sounds hilarious, as does “Wenn du gebietest”. I nearly fell over laughing, and quickly played it again, since it was three in the morning the first time I heard it, and I thought my ears were playing tricks. They werent – he pronounces his German in a semi-Italianate way, which may to some extent account for his prizes in the Italian opera-circles, but the producers at Chandos should at all costs keep him away from any more German, until he learns his pronunciation! One of the worst I have ever heard, which is a pity since all his colleagues seem to be able to pronounce good German, and so can the choir, even the boys choir. 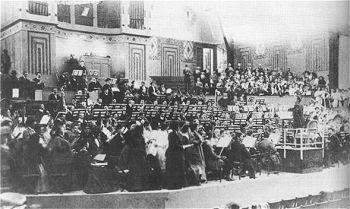 The contribution from the rest of the soloists is quite good, actually, and the Mater Gloriosa is particularly successful. However, they now sound more than ever like a chain of arias, due in large part to Segerstams interventionist conducting. But the worst is yet to come. “Blicket auf” is predictably spoilt by the tenor, but I expected that already, so it wasnt so bad. It is in the closing pages of the work that all is lost, forever. Segerstam makes the tam-tams do a big crescendo at the last bit, and the engineers spotlight it so miserably (and the organ too) that it covers the entire orchestra. The sound is anything but natural, but more than that, it is nothing like what Mahler intended. The texture of the whole ending is changed. Mahler said before “blessed is the conductor who changes my orchestration to fit the hall”, but this is a recording, for goodness sake. Such blatant disregard for the composers intentions certainly should not be overlooked, or sanctioned.

If you come across this disc, try testing it (if possible) at the record shop, and see if you can stand the tenor, or Segerstams way with the opening of the first movement, and then his way with the closing pages. If you can, then perhaps this set is for you. If not, I recommend, highly, Michael Gielens ‘live’ recording available on Sony Essential Classics (SBK48281, budget-price, 1 disc), either of Bernsteins recordings on Sony SM3K47581 (mid-price, 3 CDs) or DG (435 102-2, full-price, 2), Mitropouloss ‘live’ recording with the Vienna Philharmonic Orchestra, with a stellar cast (in an expensive Music and Arts set), Soltis recording (Decca 448 293-2, full-price, 1 disc – reviewed here), which is at the least not interventionist or mannered; Klaus Tennstedts recording (EMI CDS7 47625-8), reissued on HMV Classics) or the newly-released Horenstein ‘live’ recording on BBC Legends (reviewed here).

All of the above, but especially the Mitropoulos and the Horenstein would provide a much richer, and rewarding musical experience than the Segerstam recording.

Mahler: Symphony No.8 in E-flat – An Inktroduction