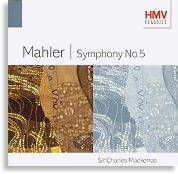 Sir Charles Mackerras, whose conducting gifts are one of the most wide-rangingly amazing I know, presents a very clear-headed view of the work which is very attractive. Mackerras pays a lot of attention to dynamics and yet is able to present a clear picture of the symphony. One of the top recordings, and affordable. A very good bargain, and one of the best in fact. I would recommend this with Bernstein and Barbirolli. 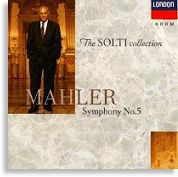 I like Solti’s conducting in some music – but this is one recording I don’t really like – it’s far too hard-driven, and hell-for-fire. The brass are too upfront and are constantly irritating. There’s really a lot more to Mahler’s Fifth than concerto-for-orchestra playing (this is a standard Chicago SO showpiece!) and though playing is superb there’s too much of the soloist in the brass players. There’s also a lot more to the Fifth than throwing people against the wall, and this reading has a lot of that. It lacks subtlety. For this reason I’d say listen to it (preferably at the CD shop), but only to listen to one way the symphony should *not* be done. It smacks of superficiality. 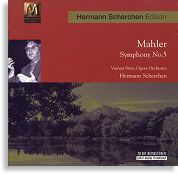 Recorded back in 1953 when Mahler was just a name, this is an interesting account of the Fifth. Scherchen often does his own thing, but manages to get away with it. He wrote a book on The Art of Conducting, but follows it rather loosely. But he was always interesting, and any recording by him is worth trying. In this reading he stretches the orchestra a little. They play with much Viennese style, and are rather successful especially in the Scherzo. By the way the Vienna State Opera Orchestra was made up of, among others, full-time Vienna Philharmonic Orchestra members, though you’d never guess it from the scrappy way they sometimes play. 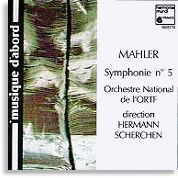 This is a grieviously cut recording of the Fifth, cut mainly in the Scherzo, which is reduced to the ridiculous length of 5’35”. Nevertheless in this radio broadcast Scherchen tests the limits of his scrappy French orchestra to very very interesting results. You should really test this CD before buying!

If you like Scherchen you should try also his terrific Seventh. 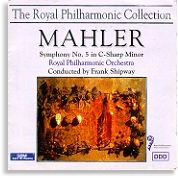 This is a stunning recording of the Fifth. Despite the trumpet player not being able to play triplets correctly(! A more common problem than you’d expect!), there is great feeling in this rendition, and the conductor’s sense of line is very good indeed. Who’s Frank Shipway? He’s at the head of the National Symphony Orchestra of the RAI, Italy’s leading symphony orchestra, a student of Barbirolli and of Karajan. There’s a feeling of rightnesss in the first two movements; the third is rather faster than I’m used to, but still good, very very very Viennese. His Scherzo coda, for example, is truly breathtaking, where he does one of those “Why hasn’t anyone else thought of it?” things. Amazing recording, fantastic playing!