Choir and Orchestra of the Bayreuth Festspiele
conducted by Wolfgang Sawallisch 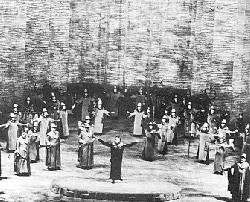 The production of Tannhäuser at Bayreuth in 1962, conducted by Wolfgang Sawallisch, forms part of the Philips’ 1983 Richard Wagner Edition. Wagner veteran Wolfgang Windgassen takes on the title role, with Anja Silja as Elisabeth, Eberhard Waechter as Wolfram, Josef Griendl as the Landgraf of Thringen, Grace Bumbry as Venus and Else-Margrete Gardelli as the walk-on shepherd.

The performances of Bayreyth 1961/62 follows the compromise solution, authorized by Wagner himself, of using material from both the original Dresden premire version of 1845 and revised Paris version of 1860. The opera begins with the Dresden overture, switching over to the Paris version just as the curtain rises and the ballet begins, before returning to the original version from the first entry of the voices.

The CD digital medium does no favours for the flaws of a ‘live’ recording: the sudden “switch-on” of background hiss at the start of the work and rather abrupt “switch-off” at the end (presumably to omit audience applause), the amplified on-stage creaks and thuds, and various audience noises are brought out very clearly. In addition, there is a tendency to a constriction of clarity in the ambience of the Festspielhaus, more so in the tutti choral and orchestral portions than others.

On the other hand, the electricity of a special occasion caught on the wing is undeniable, especially in the opening Venusberg ballet scene and subsequent diagolue between Venus and Tannhäuser. Windgassen, a double-alumni of the Ring cycle with both Solti and Boehm, gives a superb portrayal as Tannhäuser, bringing a sympathetic edge to what is otherwise an insufferable character.

While most of Wagner’s male leads have various reasons to be difficult to identify with (Siegfried readily comes to mind), Tannhäuser is absolutely unlikable because of his yokish indecisiveness, especially when it comes to women, the sort of person for whom the grass is always greener on the other side. And not only that, as a character he has to be the paramour of both the slatternly Venus and the saintly Elisabeth, while also being technically a difficult Heldentenor role to sing. It is to Windgassen’s credit that he manages to pull this off rather persuasively and carries the role with great aplomb.

His opposite numbers, Silja as the sweet-voiced Elisabeth and Bumbry as a sensuous Venus, are equal to their plum roles as Tannhäuser’s foils. Both are a delight to listen to, sounding as radiant and convincing at the start as they are at the climatic end of the long performance. It is never easy to convey emotive subtleties such as piety and sluttiness on record, but perhaps it is due to the electricity of the live occasion that these nuances have been captured, albeit on opposite ends of the moral spectrum. The portrayals of their respective characters could be more intense – as Baltsa and Studer have done on the Sinopoli set on DG (427 625-2) – but artistically and technically it would still be hard to fault Silja and Bumbry. 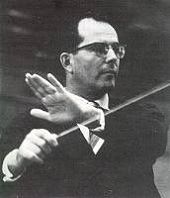 The rest of the supporting cast and orchestral accompaniement is excellent, equal to the standards of a Bayreuther Festspiele; there are no weak spots in the cast anywhere. Else-Margrete Gardelli contributes a memorable “trouser role” (that is, the part of a boy taken by a soprano) cameo as the young shepherd. Sawallisch tends to favour faster speeds and takes the orchestral prelude to the entry of the guests in Act 2 rather sedately, almost like a chorale than a thumping processional. The voices are very much forward of the orchestra, though, which tends to obscure instrumental detail, especially in the winds. The off-stage cues also tend to be muddled, but it is hard to see how this could have been avoided.

This is an engaging set, all considered. I was hooked right from the opening cue (a lenghty 19 minutes which segues from the overture into the ballet). The three acts are conveniently fitted onto three discs each, and are adequately cued. The technical recording is admittedly nothing fantastic, but the portrayal and dedication of the performers more than makes up for the ambient noises, with the added bonus of giving the modern listener an aural insight into one of the legendary Bayreuth productions. This might not be the first choice for audiophiles unwilling to put up with the recording imperfections, but for those looking for the thrust and drama of a live occasion, this is the one to get.


Back to the Classical Index!… or read previous Wagner reviews and features at the Inkpot