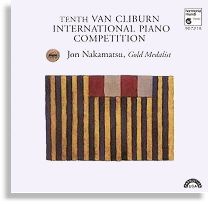 INKTRODUCTION. It is not uncommon for Americans to give ticker-tape parades to homecoming winning basketball teams like the Chicago Bulls or Olympic medallists; but for a pianist- that’s practically unheard of. Well, that is exactly what happened to Van Cliburn, the tall Texan, when he won the First (ever) Tchaikovsky Piano Competition in Moscow in 1958. A virtual unknown on Russian soil, he was soon to be the favourite going into the finals. The Russians were shocked but not surprised for Cliburn possessed charm, charisma, stature and not forgetting good technique.Practically every major classical recording star has won a major competition, Martha Argerich – the Chopin Competition; Vladimir Ashkenazy – 2nd Tchaikovsky Competition 1962; Murray Perahia – Leeds Piano Competition; Kristian Zimmerman – Chopin Competition and the list goes on and on. In fact it is now a great belief that one needs a major competition to bolster one’s career. Major competitions like the Leeds, the Arthur Rubinstein Competition, Tchaikovsky and Chopin Competitions give the winners major career breakthroughs, with engagements at various major halls and festivals, recording contracts with major labels like DG, EMI or Teldec (who can normally afford the crme de la crme). Past winners of the Van Cliburn competition in recent years have included Jose Fenghali and Alexei Sultanov. 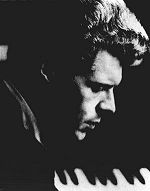 While many pianists dread the word “competition” and would like to have nothing to do with it, they do recognize the benefits of winning and where it can bring you. The only two pianists I know who have propelled themselves without winning any major competitions are Daniel Barenboim and Evgeny Kissin, the latter the boy wonder who has even been dubbed “the best pianist of the century”. As in the words of Van Cliburn himself “a competition is really only an opportunity. It is up to the artist to make what he or she can out of that opportunity. All we want to do here is ease the road. We are offering a forum for these young pianists to be heard.”

The Van Cliburn Competition is extremely tough, with a panel picking a crop of about 35 pianists from video auditions submitted to them to go into the opening round. In a recent video on a past competition the figure was in the region of about 375 pianists from all the major music schools in the world. The first round consists of short pieces mainly from repertoire ranging from Bach’s French Suites to Mozart Sonatas. The pianists are allowed to pick pieces according to their preferences. If the pianist passes through this round, they are expected to play a larger work from the likes of the major Beethoven Sonatas, a Scriabin Sonata or even the Chopin Sonatas and other works displaying both technical and pianistic aspects of the major composers.

The third round is the chamber round where pianists are expected to draw upon skills of playing together with a quartet and blending in with other instruments. For the 1998 competition the Tokyo String Quartet was involved. Daniel Pollack, chief adjudicator of past Tchaikovsky competitions once commented that it is in this round that the winners are forged. While a pianist can be introspective and possess a technique superior to the other competitors, if he/she cannot co-ordinate with an orchestra or chamber ensemble then he/she will never make it as a concert pianist. 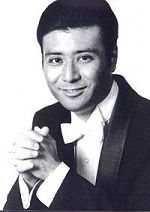 I REMEMBER reading an article in the Reader’s Digest on this particular year’s competition. It was said that the Russian pianist Yakov Kasman was the clear-cut leader in all rounds leading up to the final until Nakamatsu played the Rachmaninov Third Piano Concerto at the end. While I can only visualise how Nakamatsu (right) had played, he is an excellent pianist and I do see a bright future for him. He studied the piano with the same teacher for 22 years, and while many a great pianists have had teachers from the well-known schools, Nakamatsu had to make use of other talents to get ahead of the competition.The article commented on how Marina Derryberry, his only ever teacher had asked him to play with “his heart” and the music would play for itself. In the winner’s disc, one can hear his heartfelt playing. Possessing an equally strong technique as his Russian counterpart, his rendition of Stravinsky’s Op.7 tudes are clean and clear, his dissonant chords pounded with a sense of heightened tension. There was always this sense of fierce intensity in his reading and this made his playing interesting and also communicative.

The 30-minute Brahms Piano Sonata is seldom played. Still, I have come to enjoy parts of the work, mainly in the Andante and the Allegro con fuoco of the fourth movement. There is a sense of freshness and vitality in Nakamatsu’s playing – the recording was done ‘live’. All this adds up to the competitive excitement of playing in a big competition. Nakamatsu does possess that ability to bring out the massiveness in Brahms which we have come to expect from the composer. For his Andante Spianato and Grande Polonaise, I felt that he started off a bit too cautious and took about five minutes to really settle down into the mini-sonata. However it is in the second sections that the true Chopinesque playing comes out from Nakamatsu, his carefully sculpted phrasing together with a great unleashing of strength in the runs ends the piece with great passion.

William Bolcom’s Nine Bagatelles is an interesting set which starts off quite pleasing to the ear, but as one listens on, one only finds that parts of it sound like complete noise. The interesting thing is that one can sense that the pianist is enjoying himself as he literally uses the piano as a battering ram! Nakamatsu displayed that sense of excitement in the music and it would have been interesting to hear and watch this highly visual music being performed. It is sad that we do not have any music from the Concerto part of the competition, for I have to say that just judging by this disc alone I personally find it quite difficult to tell if Nakamatsu is worthy of the gold medal.

Come Back Next Issue for Johann’s review of the recitals by Silver and Bronze Medallists, Yakov Kasman and Aviram Reichert!

Johann D’Souza has looked back into his past and realised that the only competition he has won was a colouring competition in kindergarten, where he walked off with the first prize.