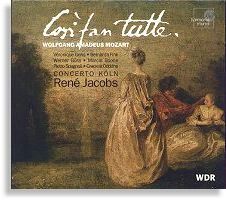 To summarise: this is a most enjoyable set of Cosi fan tutte, recorded in a year ago in March 1998: great singers, great flow, convincing and intelligent portrayal, colourful period orchestra and skilful conductor, beautiful packaging, extremely brilliant CDROM introduction, guide and resource… I will confidently recommend it to any newcomer to the opera, and certainly collectors may find it a most attractive alternative; plus anyone who has never done any extensive research into the opera (such as myself) will find the CDROM a revelation. 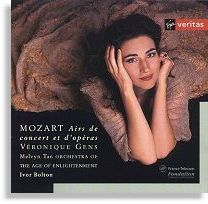 As Fiordiligi, rising star-soprano Vronique Gens sings with a beautifully secure voice from top to bottom, her every part demonstrative of natural confidence. Her voice has a stability of tone I have rarely heard, and is completely flexible according to its owner’s requirements. Her Act 2 aria, Per piet (CD3: track 1 – “Have pity”) is sung with gentle intensity, marrying confidence of utterance with a tinge of emotional anxiety. With its substantial progression of mood, the aria is almost a mini-cantata in itself.

The duet in which Fiordiligi finally falls for the disguised Ferrando is performed with considerable gentleness – her yielding to him is almost painless. Gens’s duets with her “sister” Bernarda Fink are particularly beautiful as the two singers’ tones can be very well-matched, both in colour and intensity. Yet, where necessary, both are more than capable of contrasting with each other, as when they are conversing (either in recitative or song).

I can’t really pick one of the ensemble pieces to highlight, so harmoniously (tone-wise, mood-wise and otherwise) performed they all are, as when they are singing breathlessly about their love (the sisters’ first duet, or the officers as they bid farewell). The famous quintet Sento, o Dio (1:8), despite having three out of five singers faking their emotions, demonstrates the beauty with which the Mozart’s music could blend into pretence – part of the controversy of sincerity/insincerity pertinent in Cos.

The long sequence of the final two scenes in Act I (the fake poison and doctor thing), here performed with unfazed skill, shows the perfect opera-construction technique Mozart was capable of (and alas, the world would lose so soon). Despite the apparently mind-boggling interweaving conversational lines, the performers and orchestra here pull everything off beautifully – the result is, and the whole performance is like that: everything is so easily and pleasantly listenable. The quartet (a double duet) for both couples Dove son? (2:6 “Where am I?”) is simply gorgeous. Fiordiligi’s and Ferrando’s love duet in Act 2, Abbracciami (2:8 “Let us embrace”) is heavenly, especially in their exchanges of “sospirar” – sighs of joy. This really is a beautiful set. 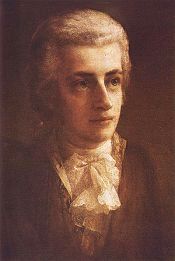 The joyousness of Act II, Scene XVI where the sisters are getting married to the Albanians brim with infectious joy. All is so sincere it’s almost scary, like E nel tuo, nel mio bicchiero (3:13, “And in your glass and mine”). Here the sisters sing in trio with Ferrando, deliriously drinking away the memories of their past love; towards the end of the aria, Guglielmo enters singing an aside “Ah, if only they were drinking poison, those shameless vixens”. One doesn’t know whether to laugh or be horrified.

In Cos, when the action (and friction) accelerates in Act II, individual personalities start to exert themselves among the characters. Bernarda Fink is Dorabella, the slightly more airhead of the sisters (and the singer intends it). Fink portrays her with just the right amount (which is not too much) of seriousness, turning more liberated as she loses her heart to the Albanian (another incredibly luscious duet, with Fink audibly trembling with the excited joy of new love). Her happily gleeful rendition of amore un ladroncello, right up to the triumphantly Mozartian ending with its happy orchestral conclusion is quite a delight. I also enjoyed her very satisfying rendition of Smanie implacabili che m’agitate (1:15, “Implacable longings, which torment me”) – despite the miserable words, Mozart manages to squeeze quite a range of music into the 1’41” aria, sung catchily here.

The roles of the two heroes are sung appealingly. Their light and “young handsome male” voices fit their characters well. Even the baritone part of Guglielmo is pleasantly light, as in his aria Non siate ritrosi (2:1 “Don’t be shy”) where he woos the girls as the Albanian suitor. Ferrando’s and Guglielmo’s duet in Act 2, Scene IV, the lovely Secondate, aurette amiche (2:12 “Friendly breezes”), with the choir and wind choir (“breezes…”) is uniquely appealing.

The three men easily showcase the musical and theatrical cooperation they are capable of. Basically, all the performers keep everything flowing, keeping our ears attentive to the plot; and I’m sure Mozart’s part in providing them with such attractive music is essential. Italian baritone Pietro Spagnoli is the scheming Don Alfonso. Impressing with skilled singing and ample dramatic weight, I nevertheless thought he could have infused the role with a touch more abandon, chaos, even evil. According to the CDROM interview, he considers Don Alfonso to have no doubts about the infidelity of women; and that the recitatives need to be delivered smoothly, each syllable emphasised if neccessary – perhaps that’s why I find the performances slightly too careful, too nonchalant. Unlike… the Despina on this recording. 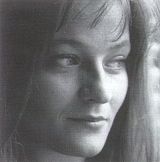 Graciela Oddone’s Despina is delightfully naughty with more than the occasional hint of mad glee. EVERY appearance she makes instantly brings to the performance new colour and life! In her aria In uomini, in soldati (1:17, “In men, in soldiers”), she laughs at the infidelity of men with much delight and gusto. With her occasional bouts of madcap laughter and texturally varied, sometimes slightly shriller (but not irritatingly so), high nasal voice, she coats her buffa role with a most appropriate ring of mischief.

Oddone had sung the role 15 times on stage with Rene Jacobs before doing this recording, and obviously relishes the experience and the fun infused in the character: “There are as many Despinas as there are singers to incarnate her.” (from the CDROM interview). She effectively plays three complete roles in the opera, employing different voices for each. As the gutsy maidservant to the sisters, she is at her most “serious”, brushing aside their grief and advocating the loss as an opportunity for “having some fun”. 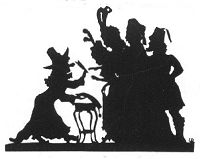 Oddone is the most daring of the singers here, virtually stealing the show with her hilarious portrayal of the notary (come to solemnise the marriage) – squeezing her voice into that of an elderly crone, she feigns seriousness reading the apparently long-winded contract. After every few lines, Oddone loudly sucks in a deep breath, much to my amusement! Not an uncommon interpretation of this role, Oddone nevertheless pulls it off very well. Believe me, Ms Oddone is also capable of beautiful voice and could probably take over the role of one of the sisters; in her excellently delivered Act 2 aria, Una donna a quindici anni (2:9 “At the age of fifteen, a woman…”) she sings with a very attractive combination of faintly breathless excitement, feminine confidence, coyness and sincere warmth. Quite sexy in a scheming way, which the “How to beguile men” libretto demands.

The Concerto Kln (who performed here in Nov 1998) impress with their textured vividness and propulsive drama of period instruments. Jacobs is not afraid to draw full blasts from the orchestra during dramatic moments. The performance of the Overture alone demonstrates the vibrancy of the orchestra, with its vividly textured strings, the bubbly woodwind and punchy brass, all balanced nicely so that full fortes are never held back. This is particularly important when the orchestra is accompanying the soloists, so that even in loud passages the voices are not drowned, and yet the full force of dramatic outburst is palpable. This clarity, in other words, is one argument as to why one might seriously consider a period version of the opera. Though I suppose those of you looking for a “sweeter” modern-orchestra version may wish to sample first. It would be a waste to miss the rapturous singing here, in any case.

The use of the orchestral fortepiano is particularly effective, especially in subito (sudden) punctuations. It sounds so much more Mozartian than the alternative of the harpsichord. Some of the arias, such as the No.3 trio Una bella serenata (1:3 “I’d like to present a beautiful serenade” begins as if it was a piano concerto with additional vocal soloists! Quite fun!

Despite the use of period instruments, the capacity of the orchestra for beautiful tone is not in doubt. The period bassoons and brass add much colour, wit and/or weight to the music. Above all, there are the soft human voices of the clarinets – period winds can produce beautiful sounds – read my review of the Wind Concertos for more information. The soft winds and rippling waves depicted on muted violins in Soave sia il vento deserve praise. Catchy music is never left unexploited by Jacobs, every phrase infused with a lively skip and turn. No.18, the finale of Act 1 when the sisters sing (sweetly) of their strange fate, is perfumed by the presence of the golden liquid tones of the flutes, contrasting sweetly with the lightly intense soprano voices. 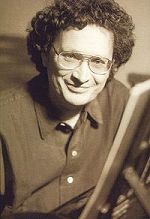 I musn’t forget the Kln Chamber Choir. Though their parts are limited, every appearance is vivid and justified, never superfluous. Be it the military fanfare of Bella vita militar! (“Hurrah for the life of a soldier!”) or the soft serenity of Secondate, aurette amiche, their fresh voices are welcome anytime.

Last but not least the conductor. I will keep things short. In the interview on the CDROM, Bernarda Fink openly admits her admiration for Jacobs, who has in fact done relatively little Mozart in his career. To her, the recording demonstrates the “true innocence of a performer in front of his music” – I felt this immediately when I listened to the recording, even before I read her interview. For the vibrant music of Mozart, the scandalous humour and wit of the libretto, the continuing search for refreshing perspectives, and this lovely cast, this is praise which I have no need to add to.

In Singapore, this set is available at or can be ordered from HMV (The Heeren) or Borders (Wheelock Place).

Chia Han-Leon openly admits to being biased towards the female roles in the opera. Hence the pictures above. So most men are alike too…