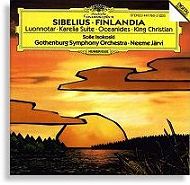 JEAN SIBELIUS has been Finland’s foremost composer and still one of her greatest figures today. Yet he is often brushed off as a late Romantic Nationalist composer because of this: listeners hear the first and second symphonies, the violin concerto and Finlandia and conclude “Oh yeah – Romantic composer!” without realising that great artists evolve and grow.

As a result, few appreciate the great advancements he made in the formation of the 20th century idiom of classical music, in particular his unique accomplishments in the symphony. His evolutionary treatment of this important musical form, from the passionate First Symphony to the dark, austere Fourth Symphony to the awesome one-movement Seventh, is increasingly being acknowledged as one of the greatest cycles of symphonic thought. These are symphonies composed with intelligence and forethought, and not merely for their appeal. So unique is Sibelius’ musical style that no one, alas, has inherited it.

To be fair to his nationalist side, Sibelius was active when Finland was under the repressive rule of the Russians. This inspired many nationalistic works such as the Karelia Suite and Finlandia, both composed in the 1890s and performed during large-scale patriotic displays and celebrations. These are some of Sibelius’ most accessible works, with powerful gestures and irresistible melodies, capturing both the ardent fire of the Finnish spirit and the combined beauty and melancholia of her landscape. The famous central hymn of Finlandia is the Finnish equivalent of Elgar’s Land of Hope & Glory — so popular it is virtually Finland’s second national anthem.

The Karelia Suite (1893) is in three movements, two marches flanking a melancholic “Ballade”, ‘sung’ by a bard (on cor anglais) reflecting the mood of an old king reminiscing in his old castle. The rousing “Intermezzo” depicts a procession, its martial brassy melody singing high in the crowd while the orchestra brilliantly portrays the atmosphere of marching contingents in a waving sea of flags. (In fact, the procession is apparently a bunch of people paying taxes to a Lithunian lord.)

On this CD, the Gothenburg SO and Järvi (right), both experienced Sibelians, have recorded lively performances of the “Intermezzo” as well as the concluding “Alla Marcia.” Both are played at apt tempi, and benefit from DG’s spacious recording, capturing the ‘open-air’ celebratory mood of the pieces. The “Ballade” perhaps suffers a little from the straightness of the strong rhythm that befit the marches, but is otherwise a sympathetic performance. However, Järvi’s sense of the music’s pulse is unfailing – if you’ve always found the “Ballade” played too slow by other conductors, this may be a good alternative.

This disc also contains a fine reading of another early work, the King Christian II Suite (1898), a collection of movements extracted from the incidental music composed for Adolf Paul’s play of the same name. The Gothenburg Symphony perform with great conviction and warmth, capturing the appropriate moods for each movement. The opening “Nocturne”, for example, is elegant yet full of open-heart emotion, revelling in its optimistic singing theme with palpable joy. Even if nothing is said, the vision of some sunlit (despite its name) scenic landscape is irresistible. When the tambourines skip to the broad tune, even their every beat lifts the music with sheer contented hope. For more information, please read my review of the complete incidental music to King Christian II

ONE OF Sibelius’ most distinctive marks is his very original portrayal of nature in his music. Unlike the mainstream Romantics, who mainly portrayed the nature-man relationship as an individual’s emotional reaction to nature, Sibelius’ nature-music conveys the feeling that man is an aspect of nature, and as such the music belongs to a sound-scape that not only attempts to depict nature’s actual ‘voice’, but even captures the very pulse and feeling of being nature. All nature enthusiasts must listen to some Sibelius.

Composed in 1913, in his musically-mature period, the song Luonnotar, “nature spirit”, is for solo soprano accompanied by an orchestra. The first verse is thus magically intoned:

There was a maiden, a girl of the air,
a slender Nature-Spirit, beautiful.
She sensed the strangeness of her life
of always being alone
in the vast voids.

The libretto of the song, in Finnish, is derived from the ancient Finnish epic, the Kalevala. In Luonnotar, the excerpt tells of the mythical creation of the earth and the sky. Sibelius’ treatment of nature manifests in the simultaneous evocation of all the beauty and terror of nature and the elemental forces of creation — a fitting metaphor for the nature of the creative artist.

Similarly, the tone poem The Oceanides (1914) evokes the nature of the sea, from calm breezy moods to thundering gusts of tempests. It is not typical sea-scape music of, say, the Mendelssohnian variety, but closer to the impressionistic style of Debussy. Yet, Sibelius maintains his own distinctive magic — The Oceanides, the “Spirits of the Waves”, inhabits an auditory realm that fuses the fundamental energies of nature with the spirit of humankind through the magical medium of the ancient and the mythical. In it, one does not merely hear the sea as an observer, but is thrust into the being of the ocean waves. The massive orchestral climax in the work seems like nature herself heaving a breath, a living surge of terrifying ecstasy that simply fills the listener with awe. In many of Sibelius’ works, indeed, there is often a palpable sense of some primal force, as if the music is driven by the ghostly energies of ancient legends. Readers interested in mythology should not hesitate exploring the many musical works by the composer which are based on the Kalevala, for example his choral epic, the Kullervo Symphony. 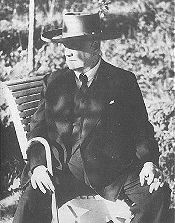 ON NEW YEARS DAY 1939 (the sad year 1939, when World War II began), Sibelius was asked to conduct a piece of his own music to be broadcast to America as a greeting to the world at the World Exhibition in New York. He chose the Andante Festivo, originally for string quartet and arranged for string orchestra and timpani for this purpose. Arriving late at the Helsinki radio station where it was to be recorded, Sibelius had only one chance to rehearse the resident orchestra. After one run-through, he said to the performers: “Play with more humanity.”

Such is the sublime beauty of this severely-underrated 5-minute work that one cannot doubt its aptness as an emotional balm to a world about to be torn again by war. It is a simple ‘eternal’ melody played by the strings, heart-rendingly affirmed by its solemn timpani roll in its final bars, as it is done here by the Gothenburg Symphony. It is still played in Finland during solemn state occasions, as it was during Sibelius’ own funeral, estimated to have been attended by over 70,000 people. This radio broadcast of the Andante Festivo remains the only recorded example of Sibelius’ conducting.

Sibelius’ music, like the Finnish landscape, has also been frequently and narrow-mindedly described as “cold, bleak and harsh”. How can anyone say so after hearing the Andante Festivo? I think it is in the coldest of lands where the warmest of hearts dwell.

Not surprisingly, the Inkpot Sibelius Nutcase bears within himself a deep desire to fly North.