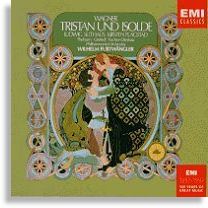 Tristan and Isoldemusic drama in 3 acts 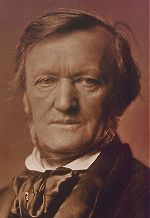 DARKNESS versus light. Truth versus falsehood. This is in a nutshell the tale of Tristan und Isolde. When Richard Wagner wrote Tristan und Isolde he single-handedly changed the course of Western music. Far from being an overnight discovery, or a new voice in his composition, Tristan was rather more the cumulative result of the development of his compositional technique. This hardly detracts from making this work one of the most important in his time, or one of the most original.Tristan was completed in Lucerne in 1859, a year before Mahler was born, and when Edward Elgar was just 2 years old, and 32 years after Beethoven’s death, just to put things in perspective. It was premiered only on 10 June 1865. For its time it was very advanced, and I wonder how the audience at that time must have taken to it. (Certainly the situations themselves surrounding Tristan were scandalous – apparently Cosima Wagner was pregnant at that time with Wagner’s first child, and when the girl was born later, she was named Isolde. But that’s old news now….)

The opera is stunningly original in nearly every aspect – the cast is made of just four main characters (five, if Kurvenal is included), four small parts and a chorus, but Tristan and Isolde dominate the action. They have to be singers of remarkable energy, remarkable intelligence, and remarkable voice. But this isn’t even half the story – most important to the action of this opera is the conductor. He must be able to sense and shape the huge structure of the opera, from its opening Prelude to the final Liebestod, and this is no mean feat. It’s no wonder that only the best conductors get the final picture of Tristan. 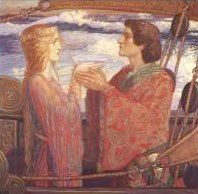 Tristan‘s music is no cushion of roses – it tells of love, deception and longing, and sounds like it. Wagner’s musical language had developed to a highly advanced stage by the time he started writing Tristan, and the score abounds with unresolved dissonances, starting in the Prelude to Act 1 with the famous “Tristan chord”. Dissonances weren’t the only problem with the audience – the music stretched tonality as the audience knew it to its limit. Then there was Wagner’s endless melodies. In a Mozart symphony you can tell when a phrase is going to end by listening to the way the music goes. Not so in Tristan – the end of one phrase is interrupted by another, and then another, and soon the ear is bewildered by the constant change of keys.

Tristan isn’t easy to “get”, even for native German speakers, because of its sometimes obtuse words in the libretto, and the complicated pyschology which some find difficult to get. But the passion, the psychological drama that it affords and of course the sheer beauty of the music makes it something that all should try to experience, at least once. Tristan is like Isolde’s magic potion – it heals and renews. 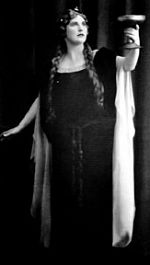 THE RECORDING, despite the mono sound from 1953, is simply one of the most amazing accounts of Tristan und Isolde. Flagstad (right) was arguably the greatest Wagnerian soprano, and Suthaus is really fantastic as well. The story of the Norweigian soprano is rather inspiring. She had only sung smaller, less demanding roles before she was forty, and indeed was about to retire from her operatic career at that age. However, she did numerous back exercises on someone’s advice and in a few months not only was not able to fit all her old clothes, since her back had grown much stronger and larger, but her voice had swelled to eight times its previous strength, resulting in the wonderful, firm tone that we hear in this recording. 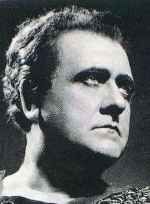 Suthaus (left) is very good here as well. He was one of Furtwängler’s favourite tenors, and with his warm voice he does as well here as he sang Siegfried in 1950 at La Scala, though he wasn’t as good as he used to be a few years earlier, in a 1944 Meistersinger production.

Neither is Flagstad as regal as she was in 1950, when she sang Brnnhilde, but despite all that, they are wonderful here. There’s another story of course, a famous one about Flagstad and Schwarzkopf. Apparently Flagstad didn’t want to do the high Cs in this recording, and Walter Legge obligingly brought Elisabeth Schwarzkopf to the studio to dub in the high Cs for her. Some people say that if you listen really hard you can tell where the notes are, where they have been dubbed in, but I say, to hell with the controversy. With artistry like this, who cares about where those high Cs came from. Besides, find me one singer nowadays who can achieve what Flagstad did with her voice below those high Cs. In other words, it’s nothing to me.

The supporting roles are all well-done. Thebom as Brngane is not as good as Ludwig, but still magical in the tower scene, where she calls to the lovers. Fischer-Dieskau sings the role of Kurwenal, and he is in splendid voice here – Furtwängler was by the way a great admirer of Fi-Di. Greindl is a very moving Marke. Last but not least is of course the conducting of Furtwangler. From the very first bars you can tell it’s him, and that this interpretation is going to be special. He doesn’t have the sharp-edged precision of a Toscanini or a Böhm, but with his mystical yet dramatic interpretation of this score which he had performed many times, that doesn’t matter at all.

The Philharmonia Orchestra probably had people like Brain on the horn, and Goosens on the oboe. Furtwängler leads a stately, majestic account of the score, breathing when it’s due, and keeping your breath when that’s due, and it’s literally wonder upon wonder. If I had to choose one historic Tristan, I would get this recording, notwithstanding its full-price. It just sounds right. Always.

Back to the Classical Index!… or read more opera reviews from the Inkvault Archives!