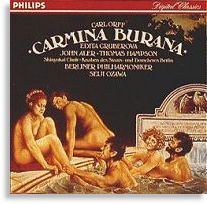 In many ways, Seiji Ozawa and the Berlin Philharmonic seem like the ideal combination to deal with Carl Orff’s Carmina Burana. Ozawa is famed for his dynamic and exuberant performances likened to Leonard Bernstein, under whom he once studied and was assistant to at the New York Philharmonic. Already his rendition of Orff’s masterpiece with the Boston Symphony (on RCA) has been acclaimed as one of his best performances to date.

The Berlin Philharmonic is a world-renown virtuoso orchestra, if not most often identified with their most famous resident conductor Herbert Von Karajan, is singled out for its precision, clarity and a most powerful brass section. This partnership already promises a tour de force that is multiplied tenfold by all the excitement and theatrical nature of Carmina Burana.

A fairly quick-paced but extremely foreboding “O Fortuna” confirms our suspicions about this combination, as we feel the majesty of the sound that hints of catastrophe, grandiose beyond mortal proportions. The distinction in the dynamic range adds to the tension in the pianissimo passage with the distant reverberating gong adding to the dark atmosphere. The climatic ending gives an incredibly satisfying conclusion to all this buildup, after which the music continues almost immediately “lamenting fortunes blows with weeping eyes”. Once again, the tempo is taken rather quickly and the orchestra lives up to this increased demand with great ability in the running passages for the winds. The male voices in this section seem to lack body compared to the thick orchestral sound though.

The opening movement of “Spring” is ponderous and quiet. The solo by Thomas Hampson in “Omniaol temperat” and later in “Dies, nox et nomia” are beautiful contributions raising a few points of comparison with what must be the definitive solo by Fischer-Dieskau in the classic Eugene Jochum recording on DG (reviewed here – but not in agreement!). “Ecce Gratum” is lively with moments of humour, and yet again, the choir sounds weak relative to the splendour of the orchestral sound.

The quiet moments in this section immediately raises one of the peculiarities with this recording. The clear digital recording captures the wide dynamic ranges which risk blowing your speakers and waking your neighbours if you turn up the volume to listen to this section. I imagine that this would have been wonderful in a concert hall; the dramatic quality of the music would have been fully displayed. In my 4-room HDB flat however, this proved to be a little bit of a problem. 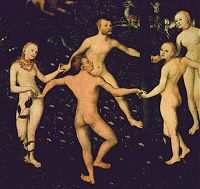 “On the meadow” begins in lilting dance with vitality contrasted with the following section of choruses of various sizes and make-up, and a soprano section solo lamenting a lost lover. Some nice shimmering, transparent chords from the female voices, beautiful if not for some intonation slips that come trough quite clearly indeed. In the latter part of the section (track 9) a quiet groove settles in. The orchestra sounds rather muffled here in the lower strings that cause some lack of clarity demanded in the dance rhythms. A rather winsome imploration for love is performed to great effect by the chorus, with a tender moment for solo flute before a more unabashed “Come come, my love” extends the fervour. One of the high points of this recording must be the fanfare at “If all the world were mine..”, showcasing the brass’s amazing rhythmic precision and a tone that must surely distinguish the Berlin brass from all the rest.

“In the Tavern” begins with Thomas Hampson’s most important contribution to this recording as a drunken man, in a gipsy-like ditty. Following this, the solo tenor John Aler sings falsetto as the beautiful swan which has become “black and roasted” as someone’s meal. A strong voice and a natural interpretation of the part though I feel that a more sensitive reading would give the song a nice ironic touch. Otherwise, this is also one of the tracks which distinguish this recording from many others. The baritone is once again showcased as an unrepentent gambler. However, as well as Hampson delivers the part, he is cruelly upstaged by the most incredibly powerful “punches” from the orchestra. An interesting touch by Ozawa though not totally unexpected. The final hymn carries the energy onward, rounding up the “Tavern” section with much gusto.

Richard Hickox, in his introduction to his rendition of Carmina Burana, humorously calls the next track “If a boy is with a young girl…”, a consummation in bed of this affair! Unfortunately, this does not seem to come through in Ozawa’s version. Delivered rather harshly, it almost contradicts the text. “Veni, veni, venias” is yet another exclamation on the joys of love-making, delivered very intensely here, ending with a bang. After a calm and brief interlude for soprano, the chorus and orchestra lauches into celebration, punctuated briefly with rustic sounding choruses singing “I am on fire all over, with love for a new maiden”. A slight accelerando links the entire song. Ozawa gives it a nice peasantly feel that works very well. 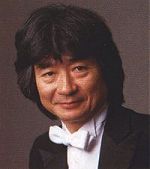 Gruberova delivers the short but difficult cadenza-like passage in “Dulcissime” excellently, and Ozawa (right) responds with a glorious rendition of the hymn-like “Blanzifor and Helena” before returning sharply to the driving tension in ‘O Fortuna’, ending the work in ecstatic climax.

Seiji Ozawa’s pacing of this entire work and dramatic timing is almost perfect and in this performance, he leads us to the final orgasmic chord decisively, yet with great momentum that makes this rendition one which you can sit through without feeling time pass. The high drama and ‘live’ quality of this performance should not be missed though one might have hoped for more subtlety in some passages. The excellent soloists shine in their solos, making this a Carmina Burana to be reckoned with.