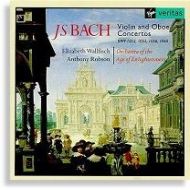 The violin concertos BWVs 1052 and 1056 have been reissued – please see here for details.

Bach’s concertos were never published when he was alive. As the notes in this album say, that they have survived today is a small miracle, a tremendous and generous gift from the ravages of time.

But of course, as I have outlined in my Inktroduction to the Harpsichord Concertos, not all the 24 surviving works exist in their original form. It is Bach’s own harpsichord transcriptions of the originals that exist today more or less complete (except for BWV 1059). Based on these transcriptions, scholars have attempted to retro-transcribe/reconstruct the original, and a bit of intelligence and guessing is involved in determining what was the original part. But we shall not concern ourselves with this.

On this album, we have period performances of four concertos, involving violin and oboe. The two violin concerto retro-transcription of the beautiful Concerto in G minor, BWV 1056 is based on the harpsichord version in F minor. As usual, keys are often transposed according to the range of the solo instrument.

BWV 1056 is one of my favourite of the entire set of concerti, chiefly for the heavenly Largo. It took me a while to get used to the violin version. The melody which sings throughout the movement is quite different, since the violin can sing legato whereas the harpsichord cannot. I find that the former is sweeter, while the latter is more melancholic – but both are amazingly beautiful. Rarely does music from any time fill the air with such hypnotic beauty. 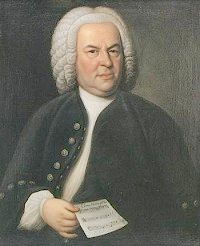 In the fast outer movements, the violin fits into the role perfectly – one finds it hard to argue against the choice to return the part to the instrument. Nevertheless, the harpsichord version has a different effect – less flowing but more rhythmic – and is equally worth any one’s attention.

Australia-born Elizabeth Wallfisch, one of the most well-known Baroque violin players in Britain, plays with satisfying conviction. Her articulation and phrasing is neatly detailed without being rigid. If I am to nitpick, it is with her uniformity of colour, though I must grant that her clean tone reveals Bach’s wonderful architecture beautifully.

It is the greater sense of momentum that the chugging harpsichord is capable of which outstrips the violin in the majestic Concerto in D minor, BWV 1052. With its brilliant and powerful writing, profuse with notes and dramatically placed trills, this grand invocaton of D minor is arguably the mightiest of the Bach concerti.

The violin version is not uneffective, but I miss the way the harpsichord soloist sweeps the orchestra along from within, whereas the violin solo sticks out clearly in its solo role. I guess what I prefer is the weight of the harpsichord’s fused jangle of notes, and not the few strings of the violin. In addition, there is a symphonic quality to this movement, heaven-storming music which seems better on keyboard-storming harpsichord. You take your pick!

The opposite is true for the second movement Adagio. Here, the line obviously needs to be sung, is so much more effective on a bowed string. Wallfisch argues her music with much intensity, heightened by the bright tone of her Baroque violin. The energetic finale works extremely well on violin too, with Wallfisch intoning with strength and lucidity, phrasing with impressive power. Sample this!

A warning about the Baroque oboe (an 18th century contemporary on the left) – if you are not familiar with it, you’re almost certain to think it plays out of tune. Anthony Robson’s tone is also more flat (as opposed to bright/shrill), so it may take getting used to. This aside, his performances of the music here are thoroughly admirable.

In the case of the Concerto for Violin and Oboe in C minor, BWV 1060 – the most famous and convincing of the retro-transcriptions – his partnership with Wallfisch captures one’s attention from beginning to end. The urgent outer movements, where the disparate tone of the two instruments compete, compare and cooperate – must be energetic yet disciplined, and so it is here. The temperament of his oboe will also raise eyebrows in the melancholic and serene Adagio, but the overall effect is still plaintive and mesmerising – especially when the two soloists weave around each other dancing. With BWV 1052, this is one of Bach’s greatest concerti and should be in the collection of any Bach worshipper.

The album ends with the joyous Oboe d’amore Concerto, BWV 1055, sparkling with the sunny light of A major. In the first movement is nestled some of Bach’s happiest music – the solo practically laughs with joy! In this case, Robson’s authentic oboe d’amore bubbles and chortles merrily by virtue of its deeper voice. In the sad Larghetto, the orchestra matches soloist in their heartfelt lament. (This album, by the way, contains some of Bach’s most melting slow movements).

Speaking of the orchestra, the Orchestra of the Age of Enlightenment (OAE) truly lives up to its grand name. Of course, we should not see them as a distinct group, since the members are also involved in other period orchestras. Whatever the case, their skillful playing in this disc, never boring and always lively, has my total admiration.

It is a bit queer to imagine how we are presented here, with these concertos, as they are, “half-truths”. We can never know for sure what was the original form of these concertos; the sheer brilliance of the surviving transcriptions defy the belief that they are but second-rate arrangements. Somewhere between Bach’s transcriptions and modern-day retro-transcriptions lies the “original” Bach – and yet everywhere we are surrounded by his supreme genius.