This review is amicably sponsored by Rock Records. 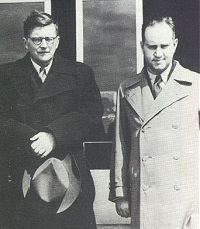 The two Shostakovich concertos for violin and orchestra were dedicated to David Oistrakh, the famous Russian violinist, and a good friend of the composer. They are intriguing works in their own right, and since their respective premieres, these amazing works have gained their place in the repertory of every young aspiring artist. Both are of dazzling virtuosity and expressive power, and they take artists of the highest calibre to play them.

The Violin Concerto No.1 in A minor, op.99 is a work of much breadth. There is much echt-Shostakovich – his trademark orchestration, for example, and his musical gestures. The concerto is cast like a symphony – in four movements. However, the first movement is an Adagio instead of an Allegro. This long movement is followed by a Scherzo, and then a moving Passacaglia which is bridged into the busy finale by a difficult cadenza.

Recently several versions of this work have (re)emerged – David Oistrakhs two traversals with the New York Philharmonic Orchestra under the Greek conductor Dmitri Mitropolous are each a tour de force of the work. One release is on Sony Masterworks Heritage and was recorded on 2nd January 1955 in a studio. (See the Ink-troduction for more info). The other has been released on the New York Philharmonic Orchestras radio broadcast set of 10 CDs, and is the recording of the concert performance two days after the American premiere of the work, indeed the day just before the studio recording.

In terms of sound, Ilya Kaler’s bowing tone is one that is rather lean in quality – not the big Oistrakh tone at all. In pizzicati I find his sound close to that of Oistrakh. In any case they play rather differently. Oistrakh’s very fierce bowing (he brings to mind the young Milstein) coupled with his huge tone and wide vibrato make his playing unmistakable. Kaler’s seems rather pallid in comparison. Kaler is technically very secure, but try the beginning of the last burly movement of the Shostakovich No.1 and he seems to falter somewhat. Wit and the PRNSO give very good support and never by any means only accompany Kaler. 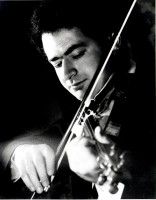 Having heard Kaler (left) in the 24 Paganini Caprices I expected some familiar qualities – his rather hushed, but at the same time rather cool manner of playing. On his own he seems alright, but the Shostakovich concertos need blood to be infused into them. They are true Russian concertos – compare them with Glazunov’s or Tchaikovsky’s – the similar passion should be obvious to the ears. The laid-back approach thus seems rather out of place in the finale of the First Concerto, for instance. On the other hand this coolness gives the reading an objective character, but this is something I could do without, especially in the highly emotional music of the Passacaglia.

On the orchestra’s side, I thought that the recording could have been more up-front and clearer, vis the Vengerov/Rostropovich/LSO recording (Teldec 4509-92256-2). Wit has managed, I think, to get a really authentic Russian sound from the orchestra, especially the winds. The brass I find a little wanting in fervour. The First Concerto however ends in a whirlwind style that I find very attractive, rather in the manner of Mitropolous when he conducted the second US performance of the work with Oistrakh as soloist.

The Violin Concerto No.2 in C-sharp minor, op.129 is the poor cousin of No.1 and is played much less often. Taking into account the less immediate music, in terms of melodic invention and development, this is not surprising. The work shares many characteristics with the Second Cello Concerto but it is even harder to grasp. It tends towards extreme introversion and pain. The work is written in the key of C-sharp minor, which Oistrakh said is violinistically inconvenient, but which he loved no less than the First Concerto. This key is somewhat significant – Mahler’s 5th symphony is written in this key, and Shostakovich was an open admirer of Mahler. Apparently he had recently heard the work prior to his writing the Second Violin Concerto. 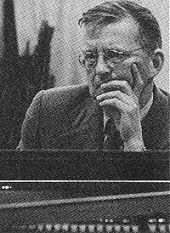 Kaler’s hushed sweet tonal quality brings many rewards in this concerto, revealing many beautiful moments in the work. His more delicate playing is sometimes more preferable for me compared to Oistrakh’s equally valid approach. His tone is always sweet. Oistrakh and Vengerov tend to shape this work in a broader sense, and their generally extroverted style of performance brings much to the listener. Kaler’s playing on the other hand brings a hushed quality to many parts of this concerto, especially in the dark second movement.

However, the feeling I get with him is that the discovery of these moments is not then brought to fruition with emphasis. In other words, sometimes his playing does not really “develop”. Again in the furious, terrible moments of Shostakovich he sometimes does not rise to the occasion with a commensurate anger. Subtlety can sometimes be the enemy of communication – as always this is a matter of balance, balance, balance. I would personally prefer the over-the-top direction when listening to Shostakovich than the overtly laid-back playing we sometimes get. Wit’s conducting in this concerto is always competent, though lacking some of the spontaneity in his direction of No.1.

Kaler’s technique is terrific as always, but compared to Vengerov he just doesn’t match up. Kaler plays with much sweep, but he seems to be a little overwhelmed by this music. There is nothing of his confidence in the First Concerto, and I felt that this concerto could have benefitted from a violinist with a larger tone, par Oistrakh.

In sum, this disc is worth getting if you haven’t heard the two concerti before. At the price it is offered at, it is really a steal, but if there should be only one recording of each concerto in your collection, then maybe looking elsewhere (Oistrakh, Vengerov) would be a good choice.