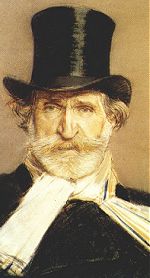 From my early days in listening and collecting classical music, one of my favourite mediums is the chorus. The first CD I bought (in 1989; I still flinch at the incredible price it cost) was a DG recording of Beethoven’s Ninth Symphony, the “Choral Symphony”. My ignorant self was then not interested in the (then which I considered) ear-splitting howling and huffing of the four vocal soloists. Opera to me then was like a host of vocal jackhammers.

But the chorus fascinated me, so much so that my entry into opera was actually through the Handelian oratorio, with its many tremendous choruses. I guess it is because I am a sonorities person, which also explains my preference for orchestral music. Combining orchestra and choir to me was like combining a 15-course dinner and the presence of a large group of friends.

I guess the effect of a great chorus is the sensation of sharing in something immense, majestic and often beautiful. Like the Romantic Spirit which Beethoven and Schiller addressed in the “Ode to Joy”, it is the sensation of singing in group and in harmony with others, plus the knowledge of one’s unique place (because a choir ultimately comprises individual singers) that creates that sense of sharing… that sense of “magnificat” – one’s single voice magnified through singing as a group.

In opera, choruses open and close major sections for many good reasons. Certainly, it creates an impact both in the music and the audience’s memory.

Opening an act is thus often the job of the chorus. In Verdi’s Il Trovatore (The Troubadour), the greeting of the dawn in Act 2 is given to a chorus of gypsies. And what are they doing? Starting their work. Some things just don’t change. But what better way to work than as a team? Together, the male chorus (joined by the women intermittently) sing about the pleasure of toiling for the sake of their wives. And they’re pretty sincere about it! Many will recognise this, the “Anvil Chorus”. The rousing introduction with its militant fife-like piping next to gypsy swirlings on low strings – and then the famous chorus of men singing to the hammering of (preferably real) anvils. I am a little disappointed at the tinny flat sound of the anvils(?) in this recording, though the choir and (especially) orchestra impress.

But toil is not always filled with pleasure. The chorus of Hebrew slaves working by the waters of Babylon in Nabucco sing serenely of their homeland (“O my country, so fair and yet lost”). Singing of a common love, with such Nationalist sentiments, it is no wonder that a choir is the natural choice – for it too is a nation of individuals. After all, an anthem is a choral affair. Hymning to the waltzing rhythm of the orchestra, Verdi’s music depicts the gently lapping waters of the riverside scene, cleverly disguising the underlying lamentation of the slaves. The Slovak choir perform admirably, not too intense, with uniform tone, drawing away in volume as the music sheds a quiet tear.

In contrast is the solemn lament of the refugees who have fled usurped Scotland in Verdi’s Macbeth. But like the former chorus, the effect of emotions portrayed en masse is quite different from that of a soloist. It is all the more important in these two examples in portraying a nation suffering together in oppression.

On the other hand, choruses can also be extremely effectively when placed in contrast to a solo aria. Many of the finest examples occur in Handel’s oratorios, where a hero’s song may be triumphantly concluded by a blazing chorus of victory, or where he/she sings with the choir as their leader. On this album, the passionate prayer of Lida [5] is accompanied by chorus, both supporting her as well as contrasting with her solo role.

Album ContentsEntry Chorus & Chorus of the Hebrew Slaves from Nabucco

Chorus of Scottish Exiles from Macbeth

Triumphal March and Chorus from Aida

It is sometimes very hard to imagine a “chorus” (i.e. the ancient form of the commentatory Greek chorus) speaking in a Shakespearean play (or any play). The effect, like seeing a group of people in a TV drama speaking in unison, seems contrived and unnatural. Enter the musical chorus. With the help of music, the notion of a group of people “speaking” the same words together becomes altogether more convincing and natural. Although Shakespeare’s play Othello does not use of a chorus in this scene, the librettist for Verdi has added it. Obviously, the presence of a massed choir hailing Otello with victorious gunfire (the Fuoco di gioia or “Fire of Joy”) makes the welcome more magnificent.

And of course, scenes of splendour and celebration almost always call for the choir. On this album, we have, in additon to the triumphant choruses from Don Carlos and Ernani, the popular “Triumphal March and Chorus” from Aida, “Gloria all’Egitto”. Again it is a chorus of welcoming, this time for Radames, returning victorious over Princess Aida’s father, the King of Ethiopia. I have had the pleasure of playing a part in the purely orchestral version of this march and can report that something sure feels missing without the choral component.

On this disc, the Slovak Philharmonic Choir and Orchestra turn in unexpectedly high standards of performance. Unexpected because this is an old(er) Naxos production, made in 1990, when the label was just beginning to fledge. (That is the closest one can get to an excuse for accusing Naxos of low quality. If you are one of those who still think Naxos produces cheap quality recordings, please WAKE UP). The singing, as I have neglected to do justice above, is almost entirely very assured. The tone and balance control of the Slovak Choir is impressively skilful, as is the accuracy, wind intonation and dramatic impact of the orchestra.

There are certainly lots of opera chorus highlights CDs out there. But for a measly less-than-S$10, this is worth any passing collector’s money (opera highlights being in most cases passer-by, gap-plugging collections). The only fault would be the unsurprising lack of libretto, but this is made up with the usual extensive notes and synopses provided by Naxos.

Chia Han-Leon still refuses to play any part in a Rossini overture.