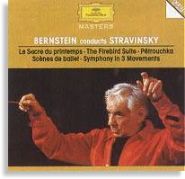 “I had a fleeting vision that came to me as a complete surprise … I saw in imagination a solemn pagan rite: sage elders, seated in a circle, watching a young girl dance herself to death. They were sacrificing her to propitate the god of spring.”

“Stravinsky left the auditorium in a rage, arriving backstage to find Nijinsky standing on a chair shouting numbers to his dancers, who could not hear the orchestra above the din, while Diaghilev gave instructions for the house-lights to be switched on and off in a vain attempt to restore order. In the auditorium there were satirical calls for a doctor… as the dancers went through their spastic movements. One member of the audience recalled that it took some time to realize that his head was being pounded by the fists of the person seated behind him. An elderly aristocrat, her tiara awry, stood up in her box crying that in sixty years she had never been so insulted, while Stravinsky’s friend the composer Florent Schmitt roared at the society ladies in the audience ‘Taisez-vous, garces du seizime!’ (almost literally, ‘Shut up, you Berkeley Square bitches!’)”

This, in Stravinsky’s own words, outlines the source of inspiration and the musical ideas within The Rite of Spring. The music draws from pre-Christian, paganistic Russia and some of the melodic material, I believe is of folk origin. Arguably one of the greatest masterpiece of the 20th century, its 1913 premiere in Paris resulted in the most (in)famous uproar in musical history. The description of the audience’s violent response to the music is almost comparable to the nightmare which is the music itself. Stravinsky himself wrote in his autobiography:

” At the performance, mild protests against the music could be heard, from the beginning. Then when the curtain opened … the storm broke…I was unprepared for the explosion…I left the hall in a rage…I have never again been that angry.”

No one had ever heard music like that before. Music that violated all our pre-conceptions of beauty, harmony, tone and rhythmic order that we are familiar with in “music”. What followed from Stravinsky’s landmark contribution was a decade of “misplaced accent and the polytonal chord” (Copland), The Rite of Spring has made its seminal influence in the course of music. This piece is in itself an encyclopedia of orchestral colours and effects distinct to the era of modernism . 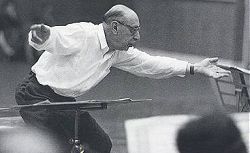 Commissioned by Diaghilev’s renowned Ballet Russes company, for which Stravinsky (left) collaborated with for most of his ballet works, the first performance was choreographed by the great dancer Vaslav Nijinsky. The music is divided into two main sections: “The Adoration of the Earth” and “The Sacrifice”. Both sections develop and work towards a climax of their own.

The piece begins with the famous haunting bassoon solo at the highest register. We are already immediately struck by the beautiful tone colours which Stravinsky has conjured, capitalizing on the dark reedy sounds of the bass clarinet, as well as the individualistic tones of the bassoon and the oboe which no other composer has ever done.

The daunting task of each solo is a challenge for the orchestra, which in this recording by the Israel Philharmonic is well taken with great individuality and confidence, bearing in mind that this is a ‘live’ recording. In fact, I will say almost all the exposed wind passages and solos are beautifully executed.

The barbaric syncopated accents in the “Dance of the Young Girls” is taken unabashedly, a cutting sound sacrificing beauty of tone for the edge that must have been what Stravinsky intended. The precision of playing expected of any orchestra that attempts this music is present. Bernstein makes great demands on the brass players (who I think held out very well), resulting in some violent sections which work tremendously.

The recording engineer obviously put emphasis on the timpani, which was able to come across at multiple forte when necessary. There is a moment when the music comes to an abrupt stop, a moment of stasis when three flutes trill quietly. Bernstein’s dramatic timing is most acute and I think one of his most prized qualities. 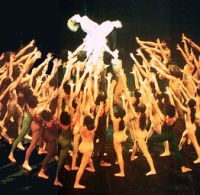 He holds the final section of “The Adoration of the Earth” in a tension at breaking point with the rapidly tonguing trumpets and frantic strings, leading into a much darker and sombre second part representing the sacrifice. This gloomy final section of the Rite of Spring conjures up frightening images as the young girl dances “to her death”. The discordant chords used here sets the atmosphere for terror so effectively that it must send shudders down the listener’s spines.

The “Sacrifical Dance” that is the penultimate climax of the music is reminiscent of the whole, general orgiastic sound of the piece, with its banging drums, percussive rhythms and dischords, among other things. I think the final section of this recording is one of the prized moments in Bernstein’s recording career. The brass entrances almost cut through the air. I’ve always found the final notes of the music anti-climatic in a sense, but for me it paints the picture of the dance moving away into the distance slowly. An abrupt and quiet piccolo run, an orchestral hit with the drum taking its prominence on the final note of this feast of sounds. For some reason, I find the final note on this particular recording strangely weak in comparison to others, leading to a rather inconclusive feel to the end of the piece. I wonder if this was deliberate.

This orchestra has a unique sound, one which I could vaguely describe with the word “raw”. Not that it is not a mature sound, but it has a certain quality which I find most appropriate for Stravinsky’s music, especially the Rite of Spring. The huge contrasts between the quiet sections and the violent passages are observed with great atention. Sometimes you would wish for a breather and linger on the meditative passages in the quiet moments but the music presses on with relentless determination. 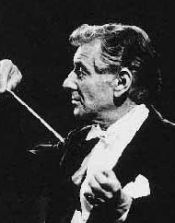 With the powerhouse Maestro Leonard Bernstein’s strong rhythmic emphasis and passion, this recording is surely to be reckoned with. The odd meters and technical demands on the orchestra (and the conductor!) are astounding. I recall a brave attempt by our SSO when the musicians were all knit-eyed in the intense concentration of furious bar-counting. It is noteworthy that this recording was done ‘live’ and thus, is certainly not without some mistakes (but these are only discernable by one who knows the music inside-out with a score on his lap).

“Chaos” as it may be, the Rite of Spring is complex in a most sophisticated way. Bernstein’s interpretation is profound yet exuberant and dynamic. The maestro seems to drive the orchestra to play on untiringly, probably with his famous inexhaustible energy.

This Rite is a must-have!