If you’ve always only had Mendelssohn’s “Scottish” and “Italian” Symphonies in your collection but not the other three (or for that matter even the sparkling thirteen String Symphonies), then this disc is just for you. Not only does it couple spirited and committed performances of the First and “Reformation” Symphonies, it includes as a bonus the totally brilliant orchestration of the Scherzo from the composer’s celebrated Octet for Strings.

The 32-minute Symphony No.1 in C minor, op.11, composed at age 15, grew out of the one-movement Thirteenth String Symphony. It begins abruptly (and mightily stern for a teenager!); listen as the London Symphony’s metallic-honed strings showcase Mendelssohn’s astonishingly confident string-writing. The work echoes those of the pioneering generation of Romantics, but most of all Weber (try his Symphonies). The darkness of the grand conclusion would easily match Beethoven or late Mozart, whose contrapuntal writing Mendelssohn admired.

Not that Mendelsohnn was a mere copycat – his lyricism, underlying emotion and that open-air atmosphere is already there. Above all his originality comes through despite the references to composers recently past or contemporary (Beethoven was 54). Hence the melting Andante is a scenic cliffs-over-the-sea expanse, played tenderly by the LSO – this would not be out of place in the “Scottish Symphony”. Beneath this, flowing slowly, some of the wistful melancholy of Beethoven.

The Minuet is another example of Mendelssohn’s unfazed synthesis of the Mozartian string-engine. This serious section frames a beautiful trio where woodwind soar lightly over a serene seascape – an image that surely haunted Felix throughout his life. If the notes suggest that the trio is a “failed experiment”, the LSO completely vindicates our boy genius.

The influence of Mozart is most obvious in the confidently striding finale, played Allegro con fuoco. Throughout, as here, Abbado extracts a satisfying transparency from the LSO without compromising the weight of the massed instruments, especially the strings. In fact, the precision and togetherness of the LSO strings are pretty amazing themselves – fitting when we’re here talking about the transformation of string sinfonias into symphonies, and octets into orchestras. I’ve always imagined that Mendelssohn would benefit from “period performance”, especially after hearing the Hanover Band’s masterly performances of the String Symphonies – but here the LSO prove big modern orchestras can do well too. (I’m still waiting to get my hands on a “period” version of Mendelssohn’s five big ones though). 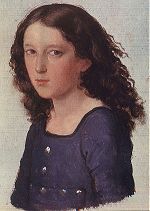 On his manuscript, young Felix called this symphony “Sinfonia Nr. XIII” (“Symphony No.13”) but later published it in 1834 (at age 25) as his Symphony No.1. So the composer marks his step from a “mere” String Symphonist to full Symphonist. But the employment of winds in this work was not his first attempt – Mendelssohn’s String Symphony No.8, completed on November 27, 1822 (aged 13) was also orchestrated for strings, double woodwind, brass and timpani (to great effect, might I add).

And this effort only cost our young man three days! This itself speaks of the ease and skill with which Mendelssohn acquired and exercised symphonic writing for winds, something which is heard in the Scherzo in G minor. The String Octet, written the year after the First Symphony, is probably the most famous of all its kind. As an alternative movement for the Minuet of the Symphony, Mendelssohn shortened and orchestrated this flittering Scherzo when he conducted the Symphony at a concert in London, May 1829.

If eight strings could conjure “streaks of cloud and veils of mist” (Mendelssohn was apparently refering to passages in Goethe’s Faust), now we hear the whispering fairies, flitting butterflies, warbling birds, giggling brooks and scintillating sunshine as the razor-sharp LSO bring us on a trip into the magical world of the Romantics’ wizard of “fairy music”. I can just imagine the smile on Mendelssohn’s face as he adds that cheeky ascending scale for flute at the very end.

The “Reformation Symphony” was written to celebrate the 300th anniversary of the Diet of Augsburg of 1530. It was published posthumously as No.5 (but is in fact Mendelssohn’s second full symphony – see box above). The opening movement is distinguished by the majestic and defiant intonation of the “Dresden Amen”. The LSO wind rise to the occasion with ample storminess – listen to the subtle way the music floats into the brass chorale, then sinks back into quiet, before the urgent Allegro con fuoco rains from the dark heavens. Unexpectedly, the introductory Andante returns to close the movement defiantly. There are moments here which sound like the first movement of Beethoven’s Ninth Symphony (and both are in D minor…).

Gone is the gloom in the sunny Allegro vivace, a skipping dance in the countryside. Ideally, I think the LSO violins could sound less congested in the outer music, but the rest – lower strings, woodwind – outdo themselves in the lilting trio.

Right: Detail from a portrait of Mendelssohn
in the last years of his life, by Eduard Magnus.

I’ve had the fortune to perform this Symphony. The most memorable part of this experience was in the sorrowful Andante. Scored for strings, flutes and bassoons (with a brief chorale of more winds at the end), its sense of resignation is profound and deep, sincere. The irony is that as a clarinettist, I had no part to play until right at the end of this short movement. So, I will always recall how, after the cheerful previous movement, my section would put down our instruments with religious silence and sink back into our seats.

Watching the strings sigh out this heavenly “song without words” and the conductor’s solemnly pained facial expressions truly made me feel very humble, as I sat inside the embrace of one of Mendelssohn’s saddest melodies. And yet, he and I were then both in our early twenties – and I felt somehow… kinship… Quietly, we brought up our clarinets and joined the orchestra in a final heave of grief, as the last bars faded into…

… a gentle flute solo, softly singing the tune to Luther’s hymn Ein’ feste Burg ist unser Gott (of Bach’s “Reformation Cantata” fame). Slowly, more winds join in, until with a surge of strings, the D major finale begins. Clarinets are first to chorus the hymn, despite the apparent obviousness that this should be on trumpets! And yet, there the genius lies: although it is known that clarinets are blessed with many voices, this was the first time I found ourselves trumpetting! It is a glorious moment. The trumpets come after the clarinets, then the oboes – listen to how these sections of the LSO complement each other with their co-ordinated tone colours.

The “Reformation Symphony” was accused of being too contrapuntal after one rehearsal in Paris – something which deeply annoyed the young Felix, who bore a grudge against the French for quite a while after. Nevertheless, it seemed to led him to compose in a more lyrical style afterwards, evident in his later symphonies. Later in his maturity, he did admit to its imperfections, which resulted in its posthumous publication.

True, there is a certain “it could do better” feel about the final movement, which sometimes sounds like what a Bach Symphony might be like! It is heavy with counterpoint, majestic but betraying a slight sense of coarseness in the treatment of the material. Nevertheless, I can’t think of a more fitting tribute to the composer who not only “reformed” public appreciation of music, but virtually single-handedly returned to humanity the art of Bach. Luther’s Hymn chorales thunderously in the final moments – unsophisticated perhaps, but totally sincere.

A Tribute to Mendelssohn | The String Symphonies

To date, Chia Han-Leon has attempted to play the Vivace non troppo clarinet solo of the “Scottish Symphony” 598 times, and managed to get it completely right about 9 times. Bravo! Clap, clap, clap…

Back to the Classical Index!… or read previous Mendelssohn reviews and features in the Inkvault archives.

This is a great post, I think you should turn it into a 2 or 3 part series.