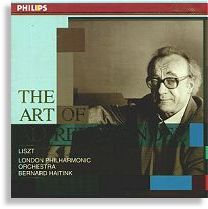 This review is of the third disc of the fourth (5-CD) set of Philips’ 25-disc “The Art of Alfred Brendel”. This Liszt set contains some interesting stuff, ranging from both Piano Concertos, the Dance Macabre, the complete Years of Pilgrimage Years 1 and 2, better known by their association with Suisse (Switzerland) and Italie (Italy); plus selections from the Third Year. There are also some famous Lisztian pieces like the Fantasia and Fugue on B-A-C-H together with the Variations on Weinen Klagen Sorgen Zagen.

While most people would known Alfred Brendel as a great exponent of Beethoven, Haydn and perhaps Mozart, there is no mistaking him also as a great interpreter of Liszt. I have a couple of recordings of the Years of Pilgrimage – the complete sets by Lazar Berman, Jen Jand, the Vox Box set featuring Abbey Simon and parts of the Third Year played by Jorge Bolet.

However I feel that in terms of introspection the one that touches my heart-strings most is that of Alfred Brendel. His touch is truly immaculate, his timing perfect. Compared to him, Leslie Howard on Hyperion seems rather hurried, even rushing though pieces marked “Lento” – as such the essence of the music is lost. Brendel’s eye for detail is never lost in any of the pieces and adds to that his ability to coax a beautiful radiant tone from the piano.

The pieces in this CD were written many years after Liszt had retired from the life of a piano virtuoso, having already dazzled his audiences with his breakneck speeds and rapid reflexes, both musical and technical. Using the resources of the then newly- and thoroughly-improved piano, he was able to fully exploit through his compositions the tonal and technical possibilities of the instrument.

The music has “elements of theatrical exaggeration, and Liszt was not always self critical.” He did have the searching and inventive mind of a true innovator, and it is interesting how Brendel, normally known as a rather cerebral player, clearly brings out technical details which are both creative and possessing interpretive logic.

Pieces like the “Dante Sonata” are daring, original and very virtuosic in character (you can literally see the whizz of the hands as if three were on the keyboard, bashing through chords, chromatics, etc.). Others like No.5: Sunt lachrymae rerum and No.7: Sursum Corda call for a lot of restraint and passion. While the pieces, if one looks at the score, are not really difficult, some of Brendel’s treatments are sparse and economical, even austere. One cannot but notice that there seems to be some impressionist treatment as the whole-tone scale is explored. Brendel has to be credited for his pertinent observations seen in his affectionate phrase-shaping which bring out the sheer enchantment of the music.

I have always had this penchant for music which is solemn and sometimes tragic, and one of my favourites on this disc is the Funeral Music to Mosonyi’s Death. Apparently, Mosonyi was a Hungarian composer whom Liszt admired. Marked “Lento”, Brendel’s phrasing is taken with a lot of flexibility yet with authority. It is his ritardandos and dimenuendos which at many stages may seem like ordinary dialogue yet he is able to inject that melancholy and make it immensely life-like. His pedalling is also clean and precise. 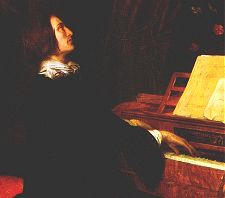 While most people may listen to Liszt for all the demonic fire and technical wizardry, I have to give you a word of caution that this disc is actually one full of slow and hauntingly elegiac pieces which touch the soul. I highly recommend it.

While I know some of these (individual disc) recordings are out of print, it is worth getting the whole set of five discs (Philips Brendel Edition IV: 446 924-2PX5) for the reasons above. There are also some other interesting pieces like Unstern No.15 and Nuages Gris, two shorter pieces made famous by Richter who used to play them as shorter encore pieces.