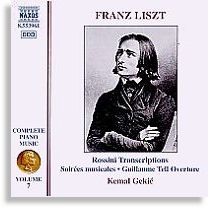 This review is kindly sponsored by Rock Records.

“You feel so free with him, and he develops the very spirit of music in you. He doesn’t keep nagging at you but leaves you your conception. Now and then he will make a criticism, or play a passage, and with a few words give you enough to think for the rest of your life. He doesn’t tell you anything about the technique. That you must work out for yourself.”

Well, these were the words of one of Liszt’s students, who was greatly inspired every time he went for his teacher’s lessons. This is what I have found reading of the life of Liszt – although there are tons of music composed by him, from the Transcendental Etudes, to the Years of Pilgrimages (Books 1-3) – all this was truly inspired by those he met and what he experienced, especially in his travels.

Liszt’s friends were a great inspiration to him and tons of works were transposed, transcribed and even paraphrased. Schubert, Beethoven, Berlioz, Meyerbeer, Verdi and Wagner had their orchestral works all metamorphosed into piano works. Often, there were great modifications, and yet Liszt allowed them to retain characteristics so transparent that one straight away knew that it was the original work but now tinted with Liszt’s personality.

Beethoven had his nine symphonies transcribed for solo piano, as were Wagner’s overtures. What is interesting is the fact that Liszt had such an understanding for the works that these transcriptions could be done rather quickly, and yet retaining textual fidelity to the score. All these composers who came in contact with Liszt had nothing but the utmost respect. 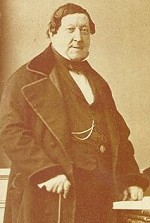 This disc gives special attention to the works of Rossini, the noted master of Italian opera – and their overtures! The piece that is clearly outstanding here is the William Tell Overture – or in modern terms the theme from “The Lone Ranger”.

The transcription was done in 1838 and published in 1842. Like the orchestral original, it is virtuostic in nature. The piano equivalent is no different – it is a true masterpiece. Kemal Gekic is – ah yes – another Ivo Pogerelich case of talent misunderstood. Once again the Chopin Warsaw Piano Competition provided this controversy, where Gekic’s individual spectacular playing was met with mixed reactions, resulting in him being ousted.

This happened to Ivo Pogerelich as well, who was knocked out in the semi-finals; Martha Argerich was even there, calling him a genius before storming out in a rage! Kemal Gekic was no different, gaining the respect of the critics and the audience – but not the jury. As if history doesn’t repeat itself, it took place once again at the Montreal International competition where Gekic was once again knocked out in the semi-finals. This brought such indignation that fans organized a sell-out concert just for him!

One of the interesting aspects of this Rossini transcription is Liszt’s ability to arrange for the various woodwind instruments. He imitates their parts, but remains clear in doing so, allowing the listener to picture for oneself the part played by the individual instrument. (Bear in mind, you will better appreciate this if you have some knowledge of the orchestral version). Liszt has this uncanny ability to preserve the structures of the various instruments without in any way sounding pedantic.

I sometimes feel that Liszt seems to introduce an element of difficulty deliberately, as if to prevent the interpretation from becoming facile. His octaves descending down the piano in a catapulting fashion make it difficult for even the best of the best. I must say that Kemal Gekic does not at any stage indicate that he is struggling with the music. Staccatos are taken very crisply with the right amount of pedaling, thus preventing any form of smudginess which could easily ruin an ascending or descending run. Woodwind instruments are imitated with clear demarcations. I think one will wonder at this stage of hearing these works that Liszt is no doubt a remarkable musician. His ability to enter the mind of the composer (in this case Rossini) and recreate his overtures for another medium is incredible! Did he never sleep? 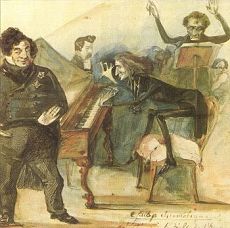 Liszt also used the William Tell Overture as an encore piece. Therefore if he was going to dazzle and leave everyone in bewilderment then that particular work had to show all the fire it could muster. Hearing is believing and my only advice to everyone is to do just that with this disc.

One disappointment of this disc is the Soires musicales. While technique was never a point of contention, I just felt that this set of pieces somehow did not appeal to me, I felt that these short pieces lacked imagination, and each piece sounded nothing more than a variation of the previous piece. All tempos were about the same speed, thus lacking any form of excitement which one is so inclined to expect in the music of Liszt. However, I feel the need to point out that these are night pieces and as such should be pieces leaning in the format of Chopin’s nocturnes. They still seem rather dry and arid, lacking the gusto or even the contemplative spirit which Liszt has shown in his dark and difficult pieces.

However No.6, La pastorella dell’Apli (Tirolese) was very reminiscent of a Chopin Waltz with its dance-like tunes and triplet chords. No.7, La partenza is so much like a Chopin Mazurka. Kemal Gekic’s relaxed playing somehow lacked the energy and vitality for the more playful numbers, like No.8 La pesca (Notturno). While I must admit that these pieces do not really show off the virtuosity of a pianist, No.9 shows us some of the theatrics that we have come to expect.

Well, do not be disheartened. This disc forms part of a major set of Liszt works and will involve a collaboration of many different pianists. Check out Hyperion’s catalogue and you will be shocked at the amount of Liszt CDs that Howard Shelley (who will be performing here in Singapore in July) has recorded. Naxos is thankfully not doing a solo effort in recording all the works of Liszt with a single pianist, but instead they have already impressed us with other pianists like Jeno Jando (Transcendental Etudes and The Years of Pilgrimage) and Philip Thomson (Poetique et Religieuses). There are also a number on the list which makes it an interesting set to be collected.

This disc is available at or can be ordered from HMV (The Heeren), Tower Records (Pacific Plaza & Suntec City) or Sing Music (Raffles City).